December 08, 2013
I've been doing this thing for a few months... I really don't know how often at all anyone uses Google Earth anymore (aside from looking at Street View to find that one place you're headed to on Friday night but not quite sure where it is.)

When it first came out as Google Earth in 2005, I was enthralled with what you could see - so little compared to now, but the 3D buildings feature was a fantastic new thing. Now there are so many images of so many places via street view that one can literally start traveling the world by street view alone and that's exactly what I have been doing. I've started documenting my "travels" by hitting print screen and cropping in Photoshop of interesting buildings and places around the world.

Typically, my "travels" are spurred by a few things: Today for instance, I saw that I have a friend who has a friend from Legnica, Poland (thanks, Facebook.) I Googled photos of said place, saw a few interesting buildings, then decided to immerse myself there with Google Earth. Sometimes I find things on Pinterest then Google Earth the location, other times I see a photo online somewhere else and take interest. A game that you can add on to Google Chrome called "Pursued" will drop you off in some fantastic places as well, though you do have to guess where you are in a specified amount of time.

Today I somehow ended up later on in Wroclaw, Poland which according to Google is about an hour away from Legnica, Poland (my original starting point), but hey!

I tend to do these travels in continuous clicks - meaning there is no zooming out to find "more interesting" things unless Google Earth absolutely gets stuck (as sometimes it does because you can't go places). This also means I end up in residential areas, some more run-down neighborhoods, and boring ol' highways but that's part of the journey. Sometimes I even look up restaurants and cafes in the area that I "walk" by and look at their menu. I tend to go to places that aren't super-popular though there is a super-cool walking tour of Stonehenge in England that you can go on!

I'll be doing this with more places in upcoming posts as it's something fun for me to do on the weeknights. I know that it's not a substitute for actual travel, however being a person of creature comforts with limited funds, it's still interesting to "walk around" a new place and be inspired by that place.

Enjoy some screen shots of my Google Earth travel of mostly Wroclaw, Poland. 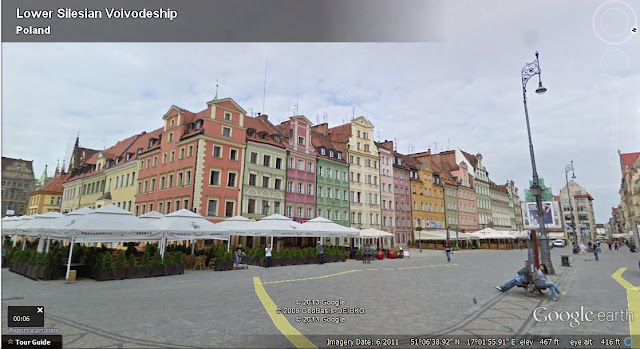 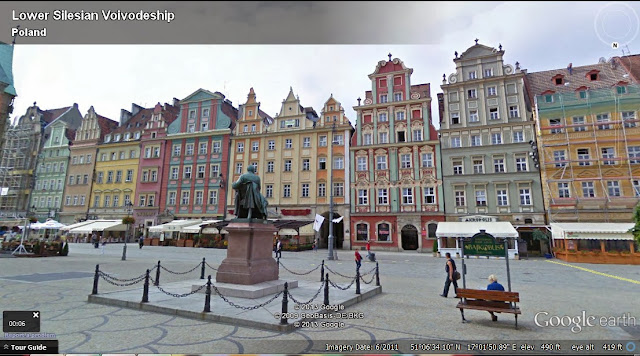 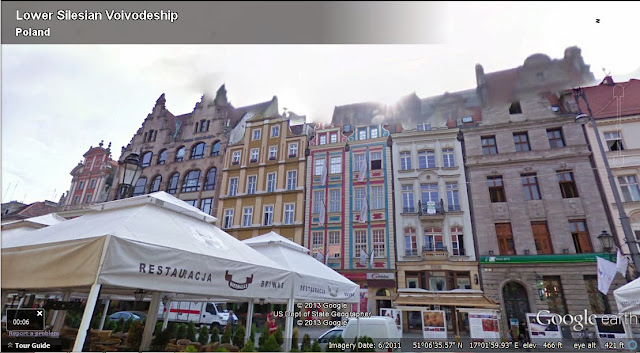 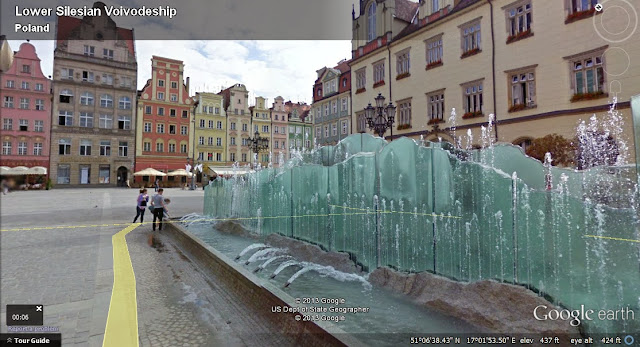 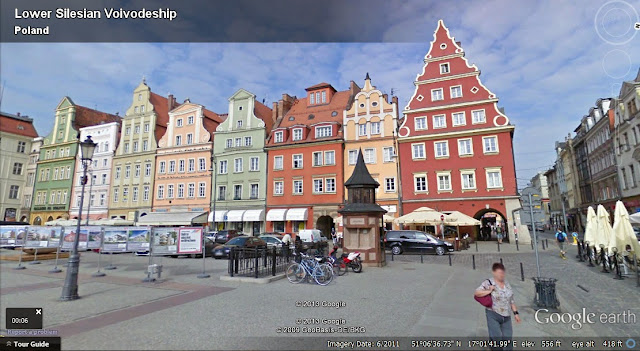 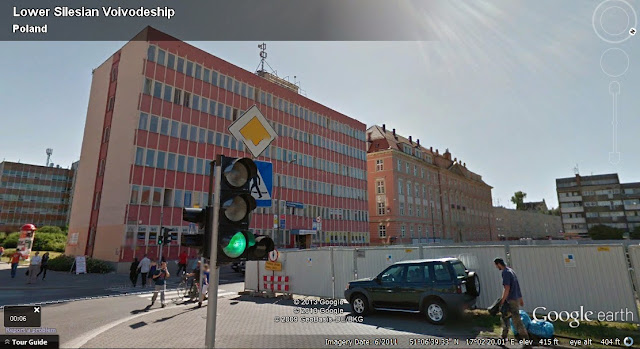 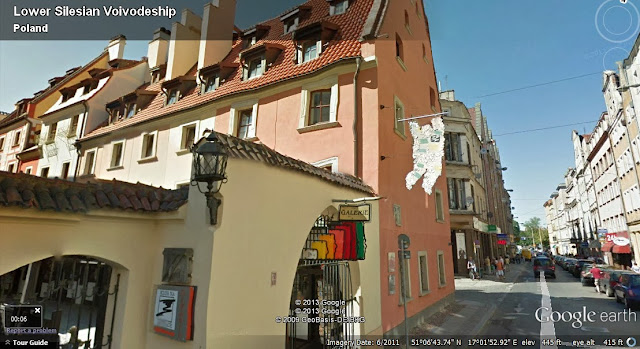 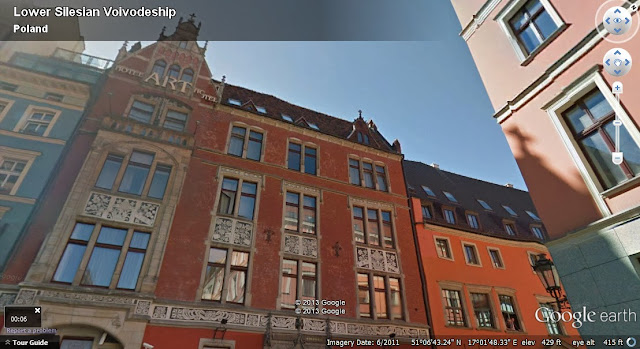 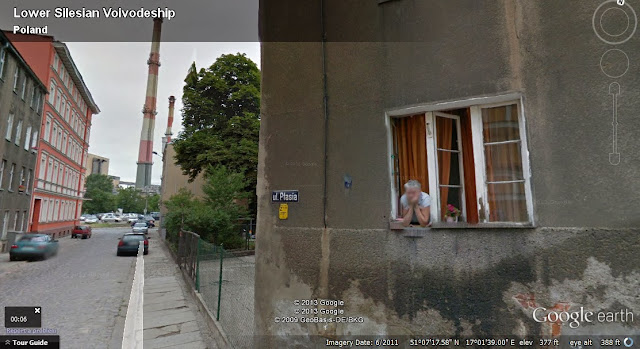 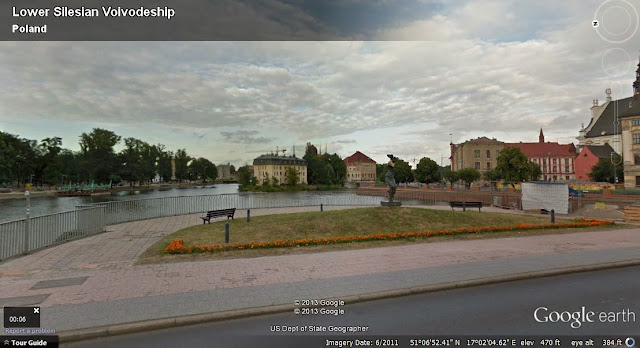 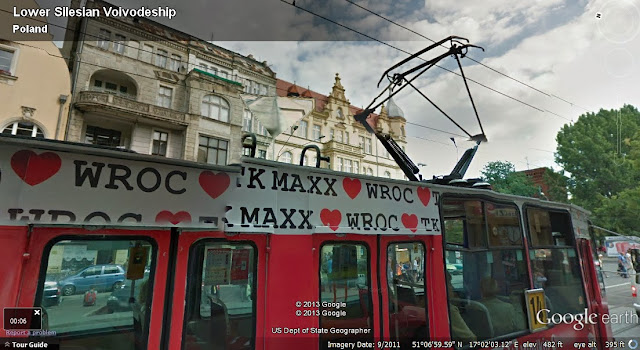 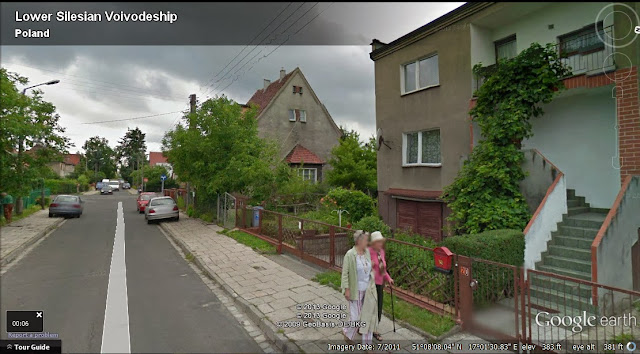 This blog will be getting increasingly experimental with things like this that interest me. Fashion is always in my heart and will always be something I do but I'm really going though an experimental art phase right now.