Exploring Winchcombe and Some Related Fashion Designs from 2006

December 21, 2013
Another installment in my series of Google Earth trips, this one which I explored extensively over 3 days.

I started getting interested in the Cotswold town of Winchcombe, in Gloucestershire, England sometime earlier this year. I don't know what I was doing, but I was clicking around on Pinterest (a rare occasion) and somehow ended up on Sudeley Castle which has history with a wife of Henry VIII. Perhaps I was looking at photos of abandoned buildings? Sudeley Castle has beautiful medieval ruins amongst the castle grounds along with gardens.

Now, if you know me I'm not much of a castle-girl but I've always been into England (hey, I am from New England myself!) and oddly, when I think of England, I generally think of the Cotwolds with it's rolling hills rather than London. I didn't know it was the Cotswolds until this Google Earth trip, but it's what I have imagined when I envision England for quite some time. I don't even know where this vision came from - a movie? Is a band I like from the Cotswolds somewhere? I don't watch much TV.

Either way, this trip will start a bit differently, since you can't Google Earth walk-around Sudeley Castle. So I'll bring you to that main attraction first and then show you some interesting photos of my Google Earth trip wandering around Winchcombe.


And now, my Google Earth exploration.

First, so many questions: The Cat's Whiskers? What is this place?! Shaun of the Dead? Why is that in the window? At the date of this photo which is apparently 2009 and even by then, it was an old movie. I can only imagine that these photos may have been taken around Halloween as I did see a few pumpkins out on porches along the streets. Upon Googling, this place is a barber shop. But that doesn't explain the Shaun of the Dead bit.

Thought this was interesting. The history of all the names of Chandos Street.

In town, I "stopped at" the Lady Jane Tea Room and took a look at their menu. I am a huge tea fan, if no one ever knew. Like I said, New England I tell ya.

Check out the owl flying at the Google Earth truck! 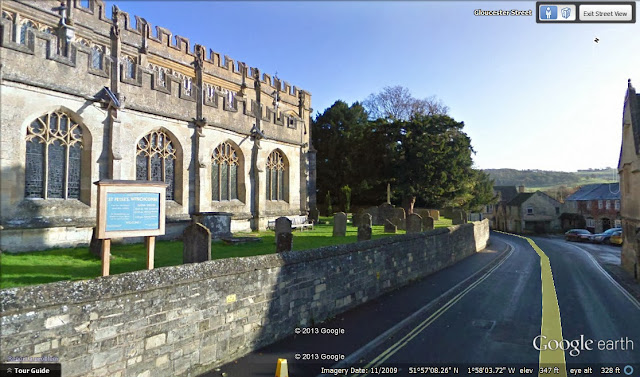 I also happened upon St. Peter's Church in Winchcombe. I was attracted mostly by the old graveyard - I definitely have a think for old-old graveyards and being in England, I know this one must be quite old.

So I Googled photos of it to get a better look: 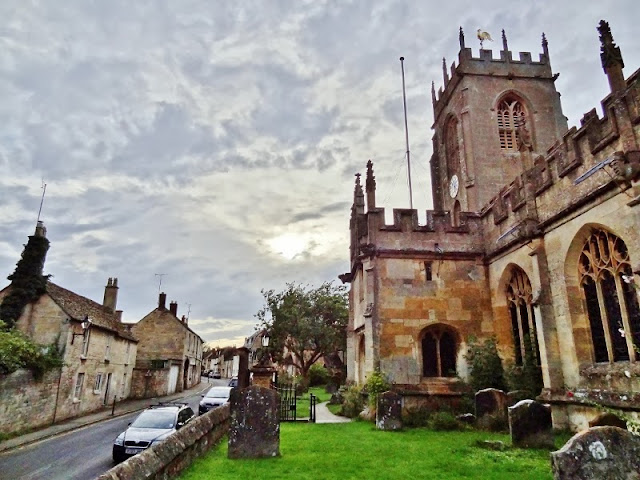 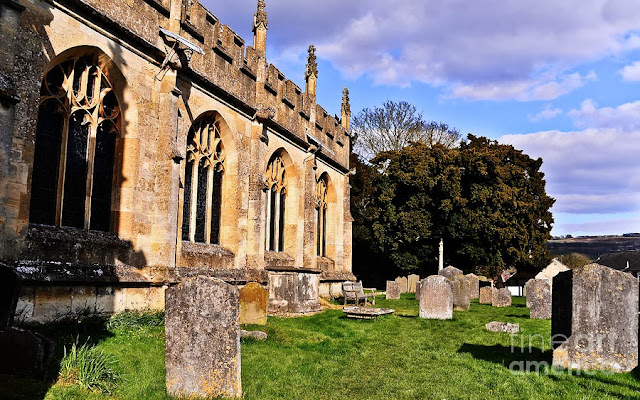 And even "stopped inside" the church. 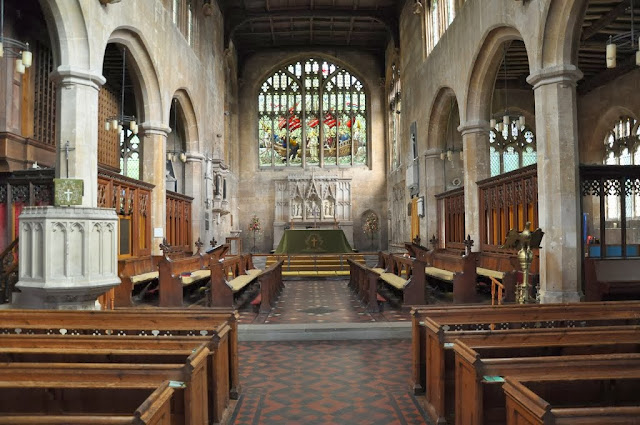 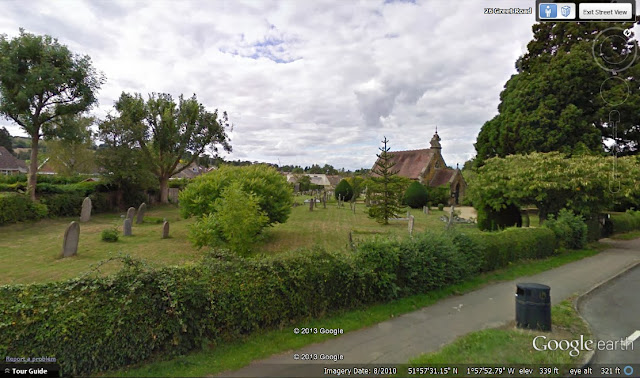 I also found another old graveyard along the edge of town but wasn't able to get very many good views of it through Googling. It's also hard to Google something that you don't know the name of.

Overall, Winchcombe is a really pretty albeit quaint place. You can see rolling hills of the Cotswolds from many streets. It's a small town of about 4,000 people but I imagine it gets a little bit of tourism due to Sudeley Castle. Perhaps someday, I really will get to Winchcombe and surrounding areas. I'm such a dork, I have had Winchcombe's weather saved as one of the places in my weather app. I haven't ever seen it get colder than 55 degrees F in almost the whole year it's been programmed into my phone.

I did note that there is a railway museum out there somewhere, but I didn't find it on my travels. That's that, I suppose.

As a bonus, here is an "eveningwear collection" I did way back in 2006. I'm posting this because it was inspired by British countryside. I do think that in the background are photos I Googled of the Cotswolds but I honestly would have no way of knowing. I am not an eveningwear designer but this was done for a college eveningwear class I was forced to take. My Photoshop and drawing skills have gotten much better since this, but hey. The ideas are there. 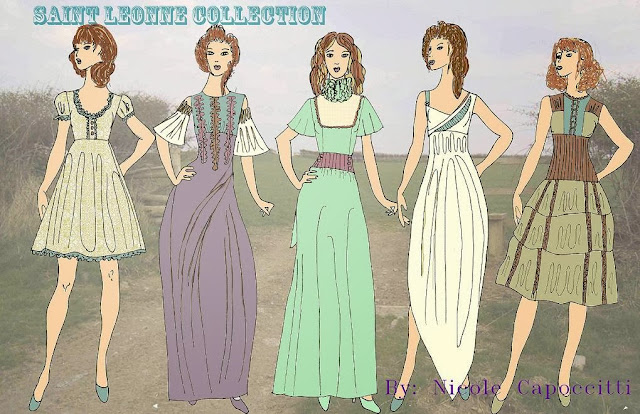 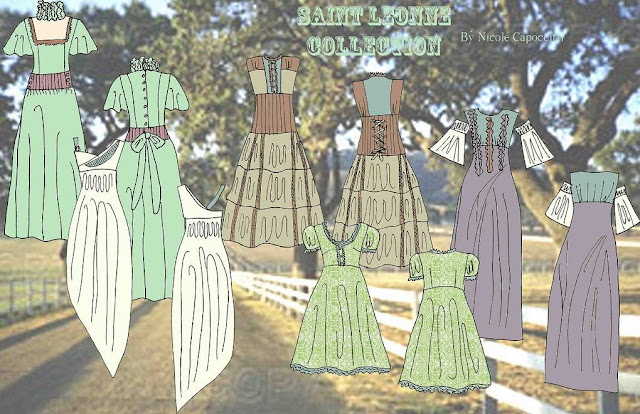 Google Earth Trips are a side project of Nicole Capoccitti. Each "trip" is composed of continuous clicks, much like really driving around a real city, supplemented with photos of interesting places found via the trip using Google. By doing continuous clicks, you get lost as you would in a real city. The idea is to make the "trip" as real as possible, while taking photos while you're there. The idea is to be as much of a "real tourist" as you can. Since the technology exists and photos of places are all over the internet, it's possible now to "travel" mostly from the comfort of your own home. While this isn't a perfect substitute of exploring and immersing yourself someplace, it shows us how much of  the world truly is available online. It's a test in what we can see, know, and how well we can navigate without ever having actually physically visited a place.