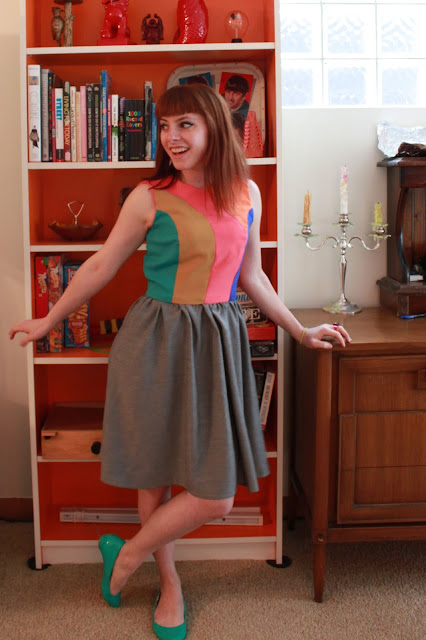 I think every year, I have one project that pisses me off sooooo much that I just end up in tears and throwing it across the room at some point or another. Last year it was the Cloud Dress (which isn't difficult at all) and this year it was this dress!

At some point, the zipper just decided I needed to completely rip it out. Lucky for me, I had adjustments to make on the entire dress. This dress is definitely NOT HARD to sew, but that stupid zipper still made me much more upset than I ever needed to be.

I can't tell you how many zippers I have sewn in my life: probably around 100? Maybe less? I have a technique down but all the hand-basting, pressing, going slow in the world wouldn't get this one to not bunch. Ok, I lied - it looks quite alright now. 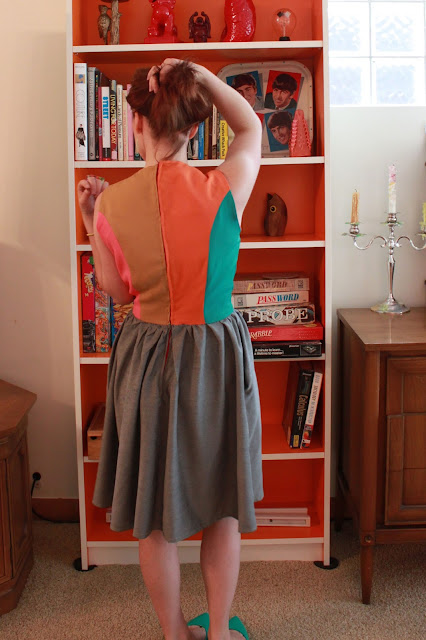 I always do a lapped zipper due to the fact that I can't find any invisible zippers that are more than 24" long in stores. I always forget to look on the internet for them and by the time I need them, I'm to the zipper part on something and say, "Oh, a regular zipper is just fine." 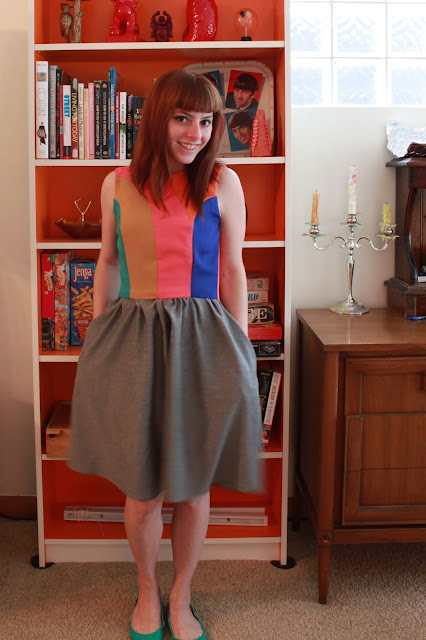 I'm still not entirely happy with my un-even gathering-ness which semi-look like pleats, but it'll do for now. Argh, this was a tough one. I even staggered the spacing of the basting stitches to make even gathers correctly. So.... I do know the correct technique, I apparently just can't make my hands do the work.

The lining inside the top (which is bubblegum pink like the outer panel) is hand-stitched inside there so it's going to be a super-pain to really fix someday. I spent about 4 extra hours re-working and refining details.

If this dress looks familiar, that's because it's based on the Sunrise Panel Top!  This was actually my most-viewed garment ever on any site. Though when I made this dress, I figured out some issues that weren't immediately apparent on my last go-round of this pattern.

1.) I needed to cut off 1/2" at the shoulders to get the bust to sit at the correct spot. I think my original blocks are just made for someone with a longer body. So yeah, I had to bust apart about 4 seams to get back in there to edit that, then the shoulder seams weren't sewing together nicely since the fabric was unraveling 2.) When I extended the pattern, DUH! A bodice block ends at your natural waist, hence a straight but slightly angled inward line. What happens when you go below your natural waist? Ever hear of an hourglass figure, Nicole?! You guessed it: The pattern needs to jut outward again from that point.

If I had used my torso block, that wouldn't have even been an issue. I tend to overlook small details, no matter how long I've been making things for. 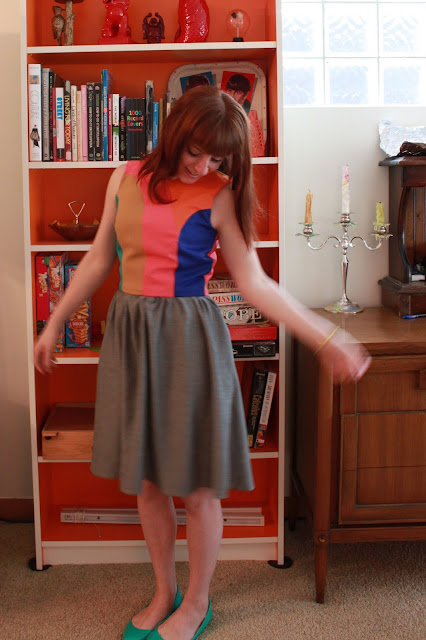 In the end, I did end up with finally figuring out exactly how to work my blocks for just me with prototypes so I won't have another slightly-oversized phenomenon like the Tower Midi. This is something they don't teach you in fashion design school, kids! 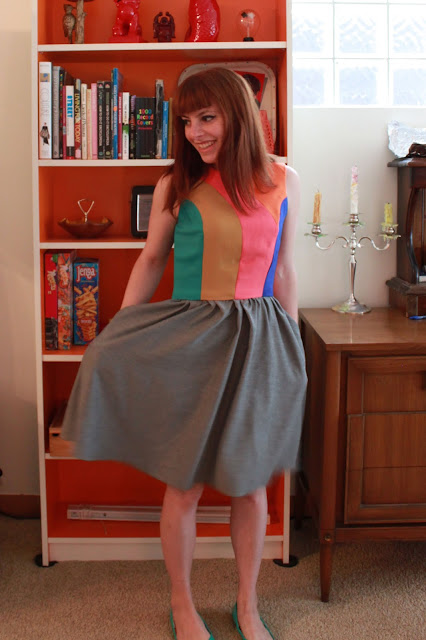 The inside pockets are perfectly-sized and I love the colors of this one. This dress actually replaces the Ana Flounce Dress I had originally intended upon making for my 5-piece dress collection. I just think this one is far more fun. Next time, I'll be putting elastic behind the waist area for perfect gathers. That's always worked for me.

This is also the design I intend upon releasing as a PDF pattern in 2014. Lots Illustrator re-learning to happen before that's a reality, but I can do it. I'm actually planning on going moreso the way of releasing PDF patterns versus selling my wares. I have a few places that actually have approached me about picking up my pattern designs when I finally do release them. I never expected that! Really flattered and honored.

Also, if you've been paying attention to my Instagram account (@uniko509) you'll also see that I made this top out of the mod faces fabric I bought from Etsy not too long ago! 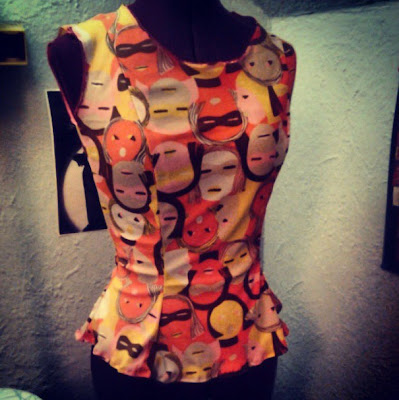 About 2 hours, patternmaking and sewing. Definitely fastest yet. I might alter the pattern for another run of it where the flare starts a little higher up, but it looks much more flare-y on me than this dressform somehow. This fabric is a one-way stretch knit which wears and sews up pretty nicely.

I actually plan on wearing this to the Lomo show where my fashion design work will be featured for a bit. This show is to release a new La Sardina camera and I was invited to help launch it! The opening night is August 10th in Chicago. Any Chicago readers, feel free to stop by that night and say hello! I'll have almost all my dress projects up from 2012 and 2013!

Moral of the story: Have fun, and don't let your semi-failures get you down. Just because you're not 100% perfect on everything doesn't mean that you can't get somewhere with it.

The things that cause you the most trouble are the things you learn from the most in life.