August 13, 2013
I'm pleased to say that the Lomo show went really well! The turnout was really nice and people really liked what they saw! 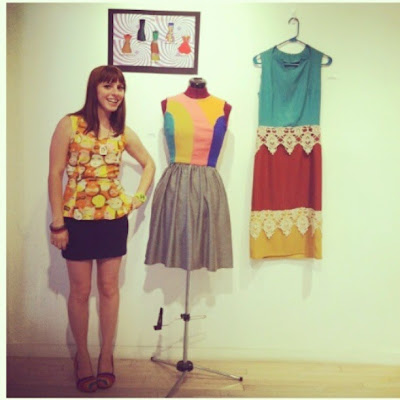 I have far more photos coming. Since it's an analogue photo store, many of us took photos with our film cameras (and I brought my Holga along). I have the CFN 120 version which I bought in 2009. So we have to do this really retro thing of (omg!) waiting a week or so for photos to be developed and prints to be made! 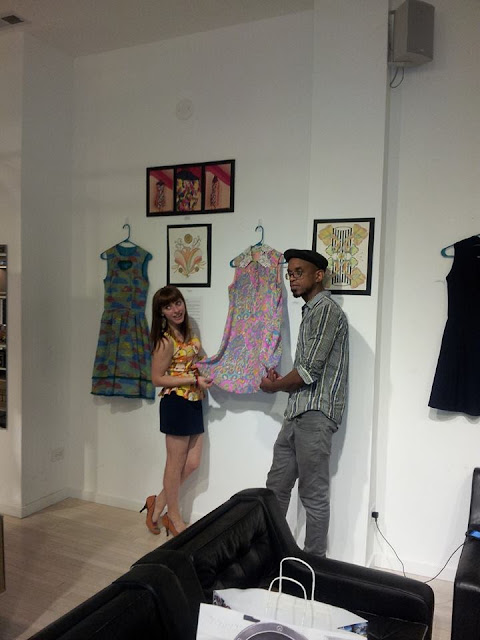 The film I was using in my Holga was 120 film, so it actually has to be processed at a special lab and sent off to New York. So keep an eye out for a blog post chock full of only photos from the Lomo event around next week!

Otherwise, I'm still working on new things including a custom order of a Sunrise Panel Dress, but one thing I've been playing with and really, really delving into learning is pattern grading. Pattern grading is the re-sizing of an already-made pattern. I've done other sizing of garments when I worked on a webseries  2 years ago as main costume designer, but I'm really sharpening my skills with pattern grading.

That being said, this is better reference than any pattern grading book I've ordered online: An excerpt from Threads Magazine!

I know some readers have been mentioning they wish they knew how to size up/size down patterns for others when people ask them to make them something and I think this is the easiest method. I worked alongside a fantastic designer earlier this year who taught me pattern shifting, but I find this to be preferable if you don't have a pattern grading book that lists step-by-step. 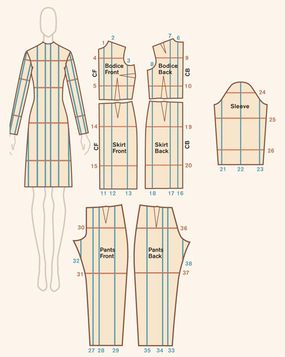 Diagram from Threads Magazine for slash and spread method.
Read the full article and how-to here.

Special notes of things I've found/go by - use a 2" even grade rule (this is the overall amount to increase a pattern by one size) and never cut up your original pattern! I've actually been buying my pattern paper at places like Lowe's. It's a slight bit thicker than "real" brown pattern paper, but the $10 roll I bought which is painter's paper has lasted me about 2 years worth of pattern making at this point! Another note: you never want to grade your darts.

If you're grading up multiple sizes, it's best to grade to the next size first, then grade again to the 2nd size. Don't overthink it all, just do it. Even professionals (or semi-professionals like me) make mistakes, have problems with things. That's the nature of our art.

Something I've taken away -- and it was actually an old quote from the introduction to a math book in middle school, adapting it to fashion design/sewing -- is that (Fashion design) is not a spectator sport.

This means you can read about it all you like and think you understand it, but actually you don't fully understand it until you do it a few times. So any beginners or even someone who's been doing it all for a few years: keep doing it! Keep going. You will make mistakes, you will have frustrating nights where you want to abandon your project but...  keep going. That's the only way you ever get better.

There will always be someone out there better than you (always) but know that you have a unique perspective that sets you apart from others.

A few years ago, I would have never dreamed that I would have a solo exhibition of my fashion design stuff at .... anywhere. Hell, I got kicked out of my first internship during college! Seemingly everything was against me and doing fashion design but I didn't let it stop me, though I did "quit" for a few years. I never stopped sketching. Don't worry about 100% perfection (unless you're selling it to others), done is better than not trying at all.

I'm super-grateful for where I am and what I'm doing currently. It's been a lot of hard work, lots of tears of frustration, but it's been worth it. 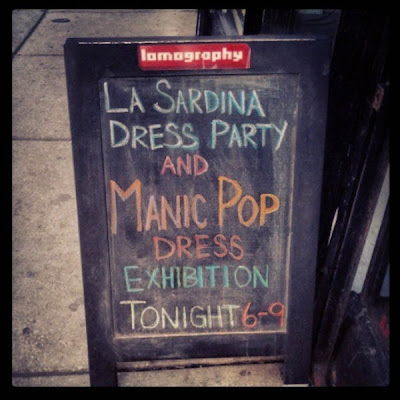 Thanks for reading, everyone! You keep me going. Don't ever give up on yourself.