What's in My Sketchbook?

People do a thing like, "What's in my bag?" and display all the items neatly but my bag is such a mess. It's like, wadded up receipts (at least one from Walgreens), about 3 broken pencils, Micron pens, and my sketchbook. My sketchbook is perhaps the most interesting. I'll be on the bus or train and suddenly scrawl in it and that's how the Sunrise Panel Top came to be - it was a doodle on the train one morning!

Admittedly, I have a "schtick". Some might say a "voice".

One of those things is apparently putting these 3 colors together, but I can't decide which colorway I like best just yet, but it's definitely between the 1st 2. This was a quick Photoshop rendering tonight of my next project which I just bought the fabric for today - a stretch lycra. I might make my pattern for 2 stripes only instead of 3 stripes on each side. Who knows.

The other things in my "schtick", if you will, are included all throughout these sketches: contrast bright colors, stripes/paneling, zigzags. I love orange, have a thing for acid green, blue-greens, and 70s colors. Long story short: It's good to have a voice, good to be "known" for something. When I was in college and we would line our dressforms up for a critique I remember people being like, "Oooh, I know which one Nicole's is!" I'd be like, "You guys! I used different colors/different seaming/whatever!" but my pieces were nearly instantly recognizable.

If you're a designer, take the time to find your voice and your aesthetic. Really hone in on what makes your style unique and ultimately you. Never design for anyone else - it's your art. (Arguably, you might not make money designing solely what you want but that's not what it's about. Who really makes money as a fashion designer? Hardly anyone. Do yer thing and people will come around. Maybe.) 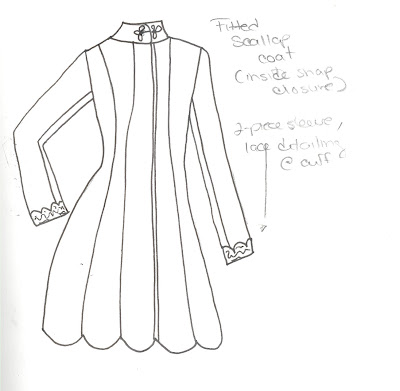 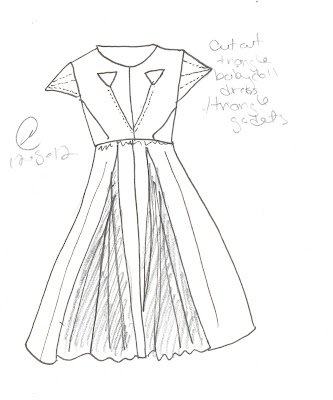 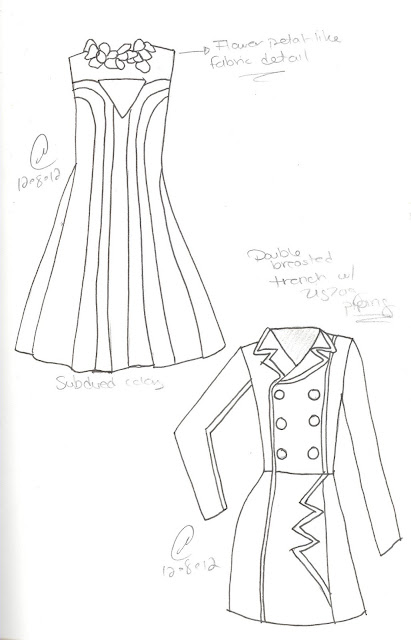 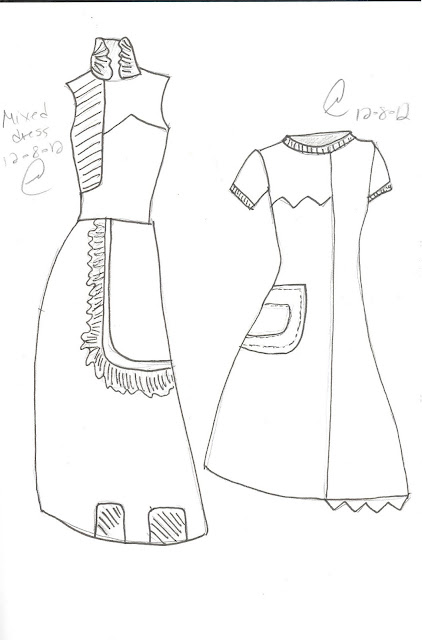 Unfortunately, due to time and just overall abundance of sketches/things I want to make, these will probably never get made. But I thought these all were cool enough to send out into the universe.

I'll be heading out to New York/Connecticut in a few weeks to see mostly family so I wanted to make this maxi skirt before heading out there as a fun new thing to wear. Perhaps I'll get to take photos of me in it out in Brooklyn!