Manic Pop Namesake & the Music that Goes with It

April 18, 2013
I don't think I ever formally explained Manic Pop's namesake here on the blog.

I suppose it's not absolutely necessary but it's also interesting background/lore. 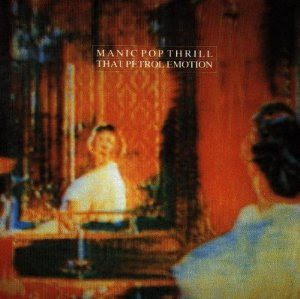 Way back when Pandora was relatively new back in 2005/06 I plugged in my favorite band, Sloan and got a whole slew of bands with great music that I had never heard before and I was someone who was quite used to digging for the "gems".

I fell in love with a song called "It's a Good Thing" by That Petrol Emotion, on an album titled Manic Pop Thrill.

That album became so elusive to me. I had been wanting it, wanting it, but any time I came across it on Amazon it was $30. Granted, it was an import and yes, imports can be expensive but I just didn't have the money.

I'd discuss the name with my boyfriend at the time about exactly what a "manic pop thrill" meant. We arrived at the interpretation that when you hear an awesome new song that you completely and instantly fall in love with - that's a manic pop thrill.

At this time of my life, I was finding lots of manic pop thrills - from That Petrol Emotion's "It's a Good Thing" to Primal Scream's "Gentle Tuesday", to new and old Sloan songs, Sub Sub's "This Time I'm Not Wrong" featuring Bernard Sumner from New Order which would later become the UK band Doves, minus Sumner.

Years ago, I started this as a music blog under the recommendation of an up-and-coming Chicago musician friend because I had such a vast music knowledge at the time and was so immersed in that culture. I had wanted to be a writer, and music was my passion more than anything even though I was in fashion design school.

My music knowledge obviously fizzled as in recent years as I have become slightly dis-interested in newer music. I've lost that "manic pop thrill" you might say aside from a few new things here and there that actually sound like old music; Chicago band Secret Colours who are a psychedelic mix of Stone Roses and My Bloody Valentine as well as Foxygen who sound not unlike a mix of Velvet Underground and their contemporaries Ariel Pink on their first EP.  I've revamped and removed many original posts in this blog's original incarnation but the basis is still the same.

The music of my life is much a reflection of my own aesthetic, my own life; a mix of 90s Britpop and 60s psychedelia, something band Secret Colours says they "revel in the bastard seed" of being. Genius.

I've grown up in a very musical atmosphere as my dad was the vocalist in 70's progressive rock band Mercenary. I don't even know who uploaded this video because there still is a small underground fanbase for them. My dad was opera-trained with a 3 1/2 octave vocal range and many musicians in his band were prodigies, some who played Carnegie Hall as a violinist at age 5.

What I'm saying is: music was not a choice for me. It's in my blood. Hence, the namesake of Manic Pop. 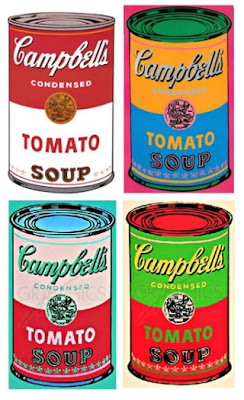 As tired and overdone as it is, I do love pop art which is another reason "pop" stuck for me, as well as many musician friends complaining about "pop music these days". Pop can be a dirty word in the sense that when you say "pop music" you have people who get really divided over it. Pop music didn't used to be a bad thing. I'm interested in the division of people around that word and the visceral reaction to it.

Like Warhol, I'm also interested in consumerism, as well as how it affects fashion and the psychology and sociology of fashion. So many judgements about us are made by our fashion choices, other people's fashion choices, and it affects how we choose to represent ourselves, friends we make, jobs we get. People frequently underestimate the power of fashion and how it relates to everyday life.

I'm in love with bright color, shape, symmetry, and the dreaminess of psychedelia and I choose to represent myself that way through fashion choices as well as music. We all do.

So with that, Manic Pop is the culmination of my interpretation of the the entirety of the psychology/sociology of fashion as well as music melded together. It's how history affects and influences the present as well as living in a beautiful, self-created world all your own.

You create your own world through choices. It's all yours.

I still actually don't own Manic Pop Thrill, the album that is. I suppose I don't need to now as I can listen to it on Spotify without buying it but yet I am still someone who collects albums for artwork, liner notes, and having a physical copy.  If it spurred all this for me, isn't $30 worth it?

Bonus: Manic Pop Thrill was released in May 1986, the year and month I was born!