April 21, 2014
Today's blog post is in collaboration with the lovely Tanith of Tanith Rowan Designs! 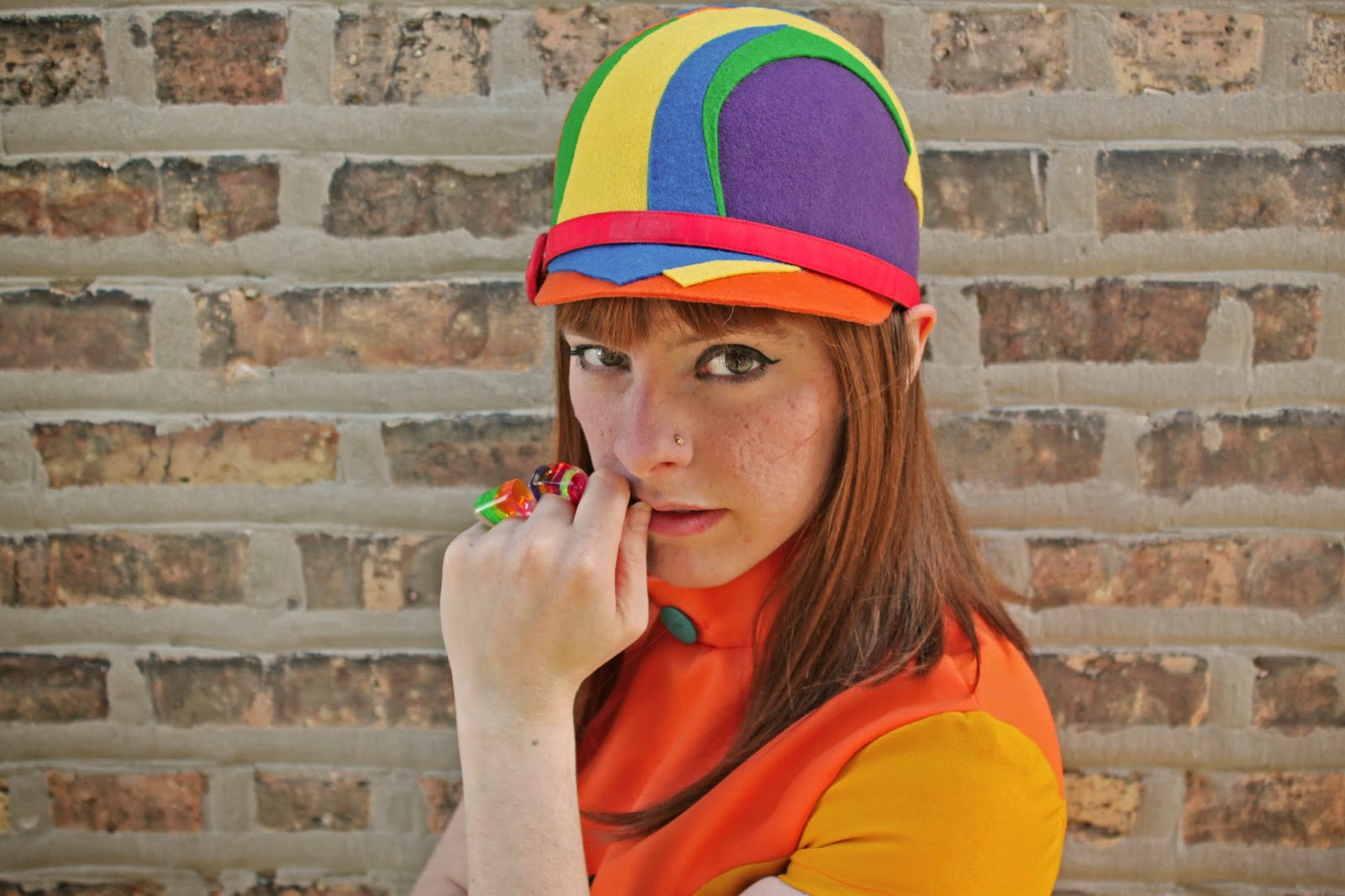 Tanith has been doing a great series on hats through the decades and picked me to be her 60s girl! Make sure to check out all of her posts!

I was so excited when Tanith asked me to be a collaborator for this series - based in Australia, she makes some really beautiful vintage-inspired hats! Via our original correspondence some time in February, we talked about my love for bright, out-there colors as well as how I was getting into the whole arrow-motif thing. She was able to put a fun arrow on this hat!

She kept the hat a surprise so when I opened the box I only knew she was sending a helmet-style hat, which I love. 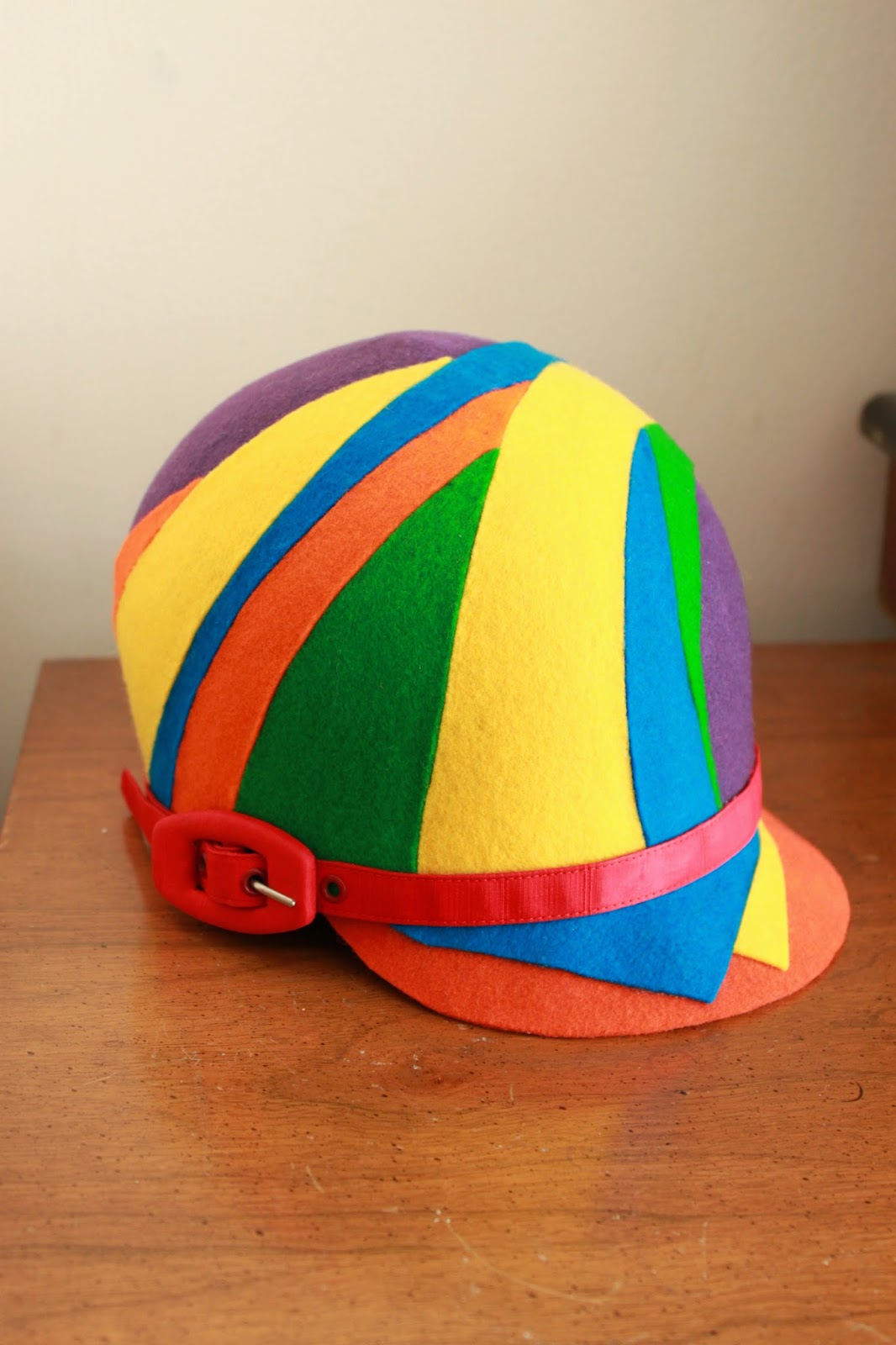 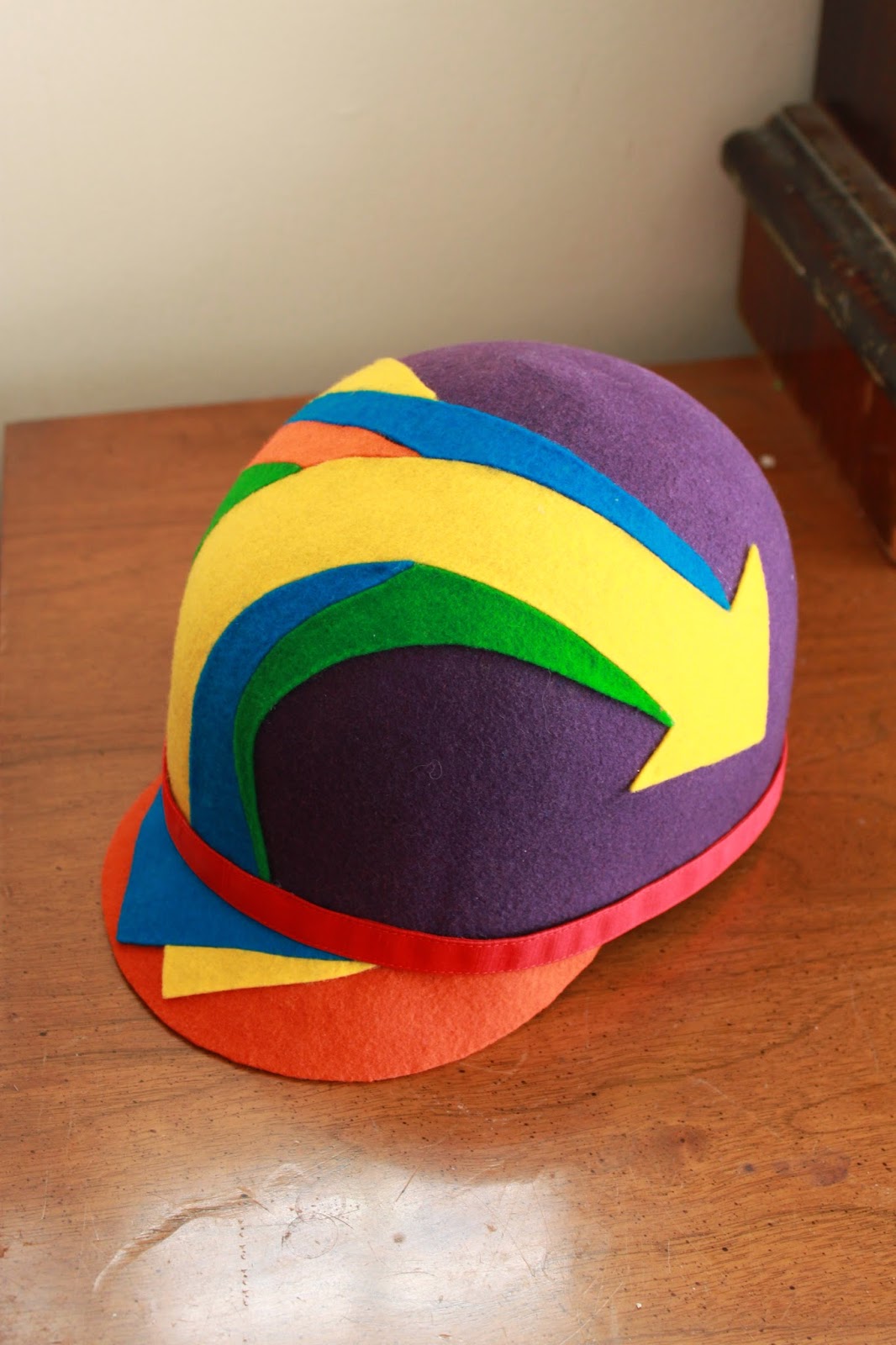 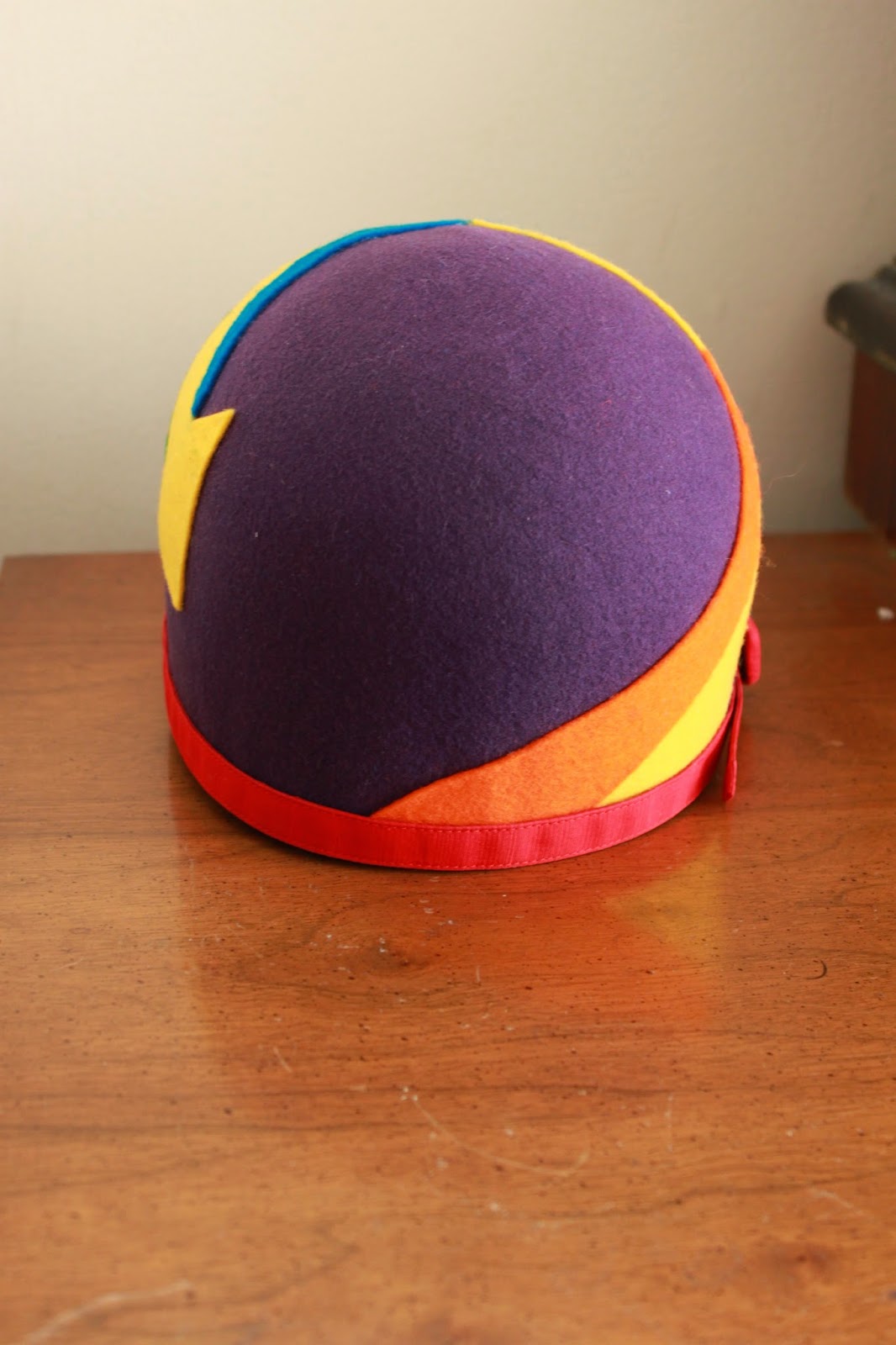 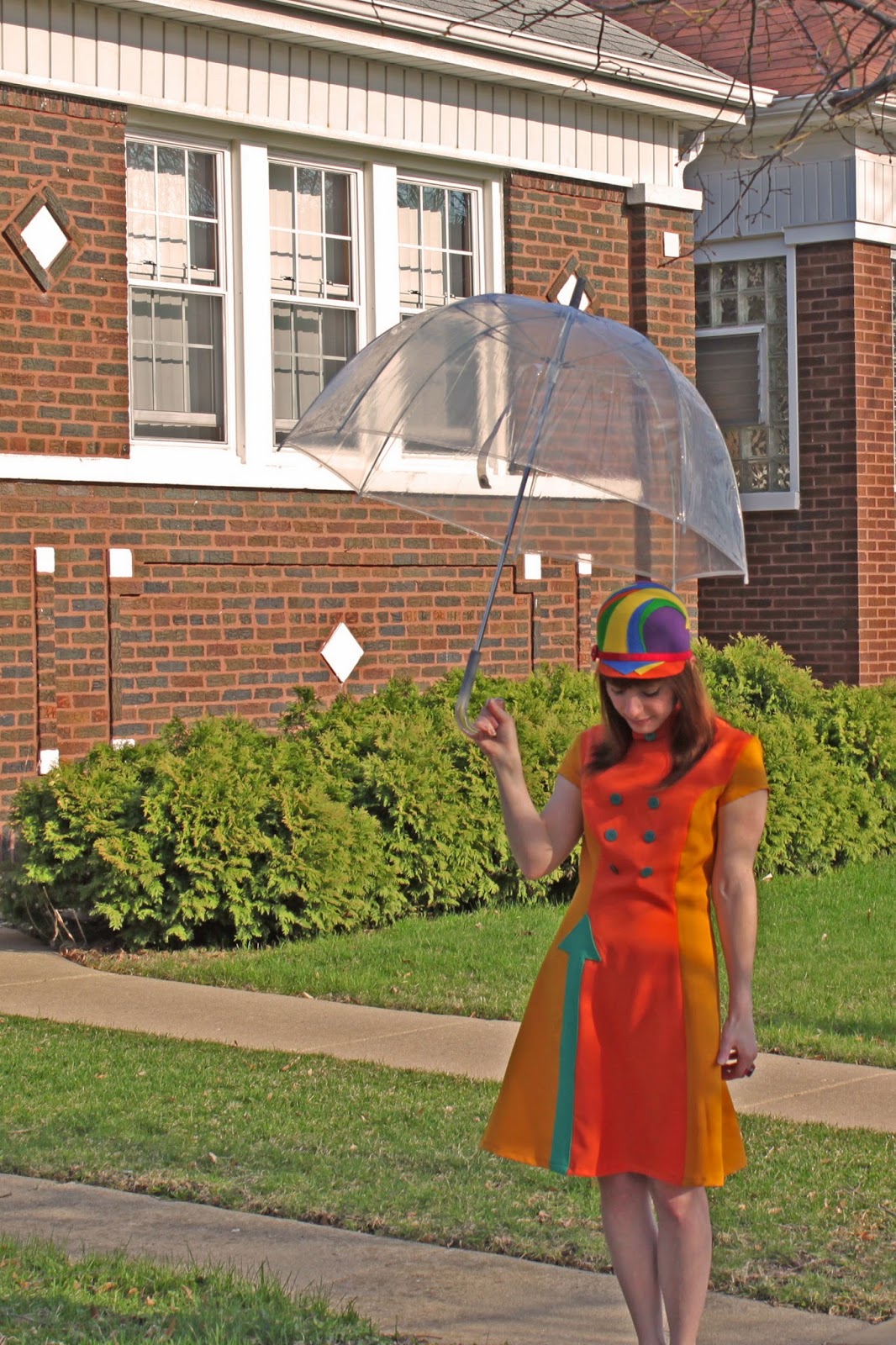 For my contribution to this collaboration, we decided I should make a garment to match with it. I've been wanting an arrow dress for some time, and this is what I came up with! 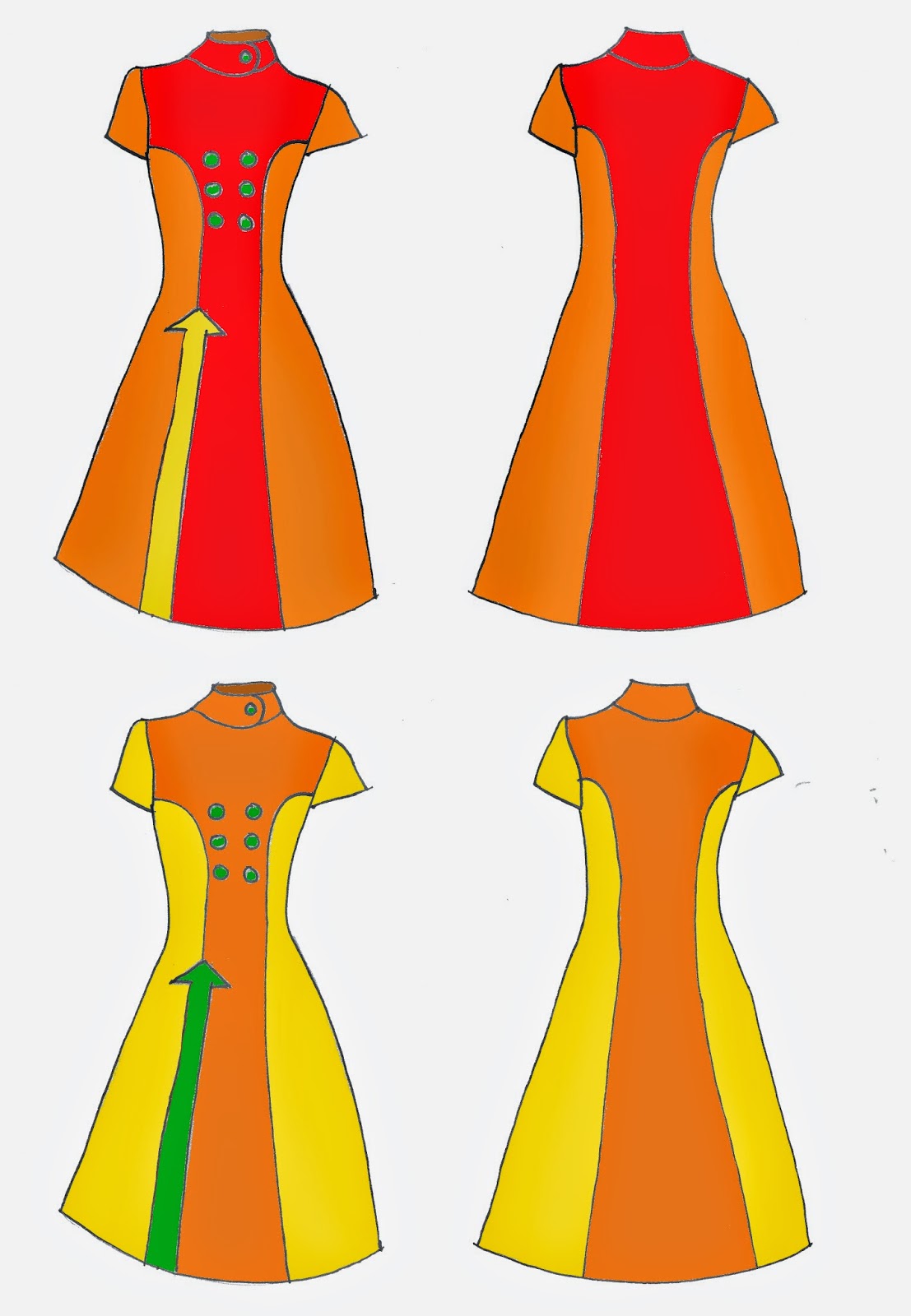 Quick Photoshop of my sketch for the colorways. Initially, the arrow oddly wasn't a part of the dress until it was suggested by a friend. I think the arrow totally makes this dress, aptly titled the Tanith Dress! 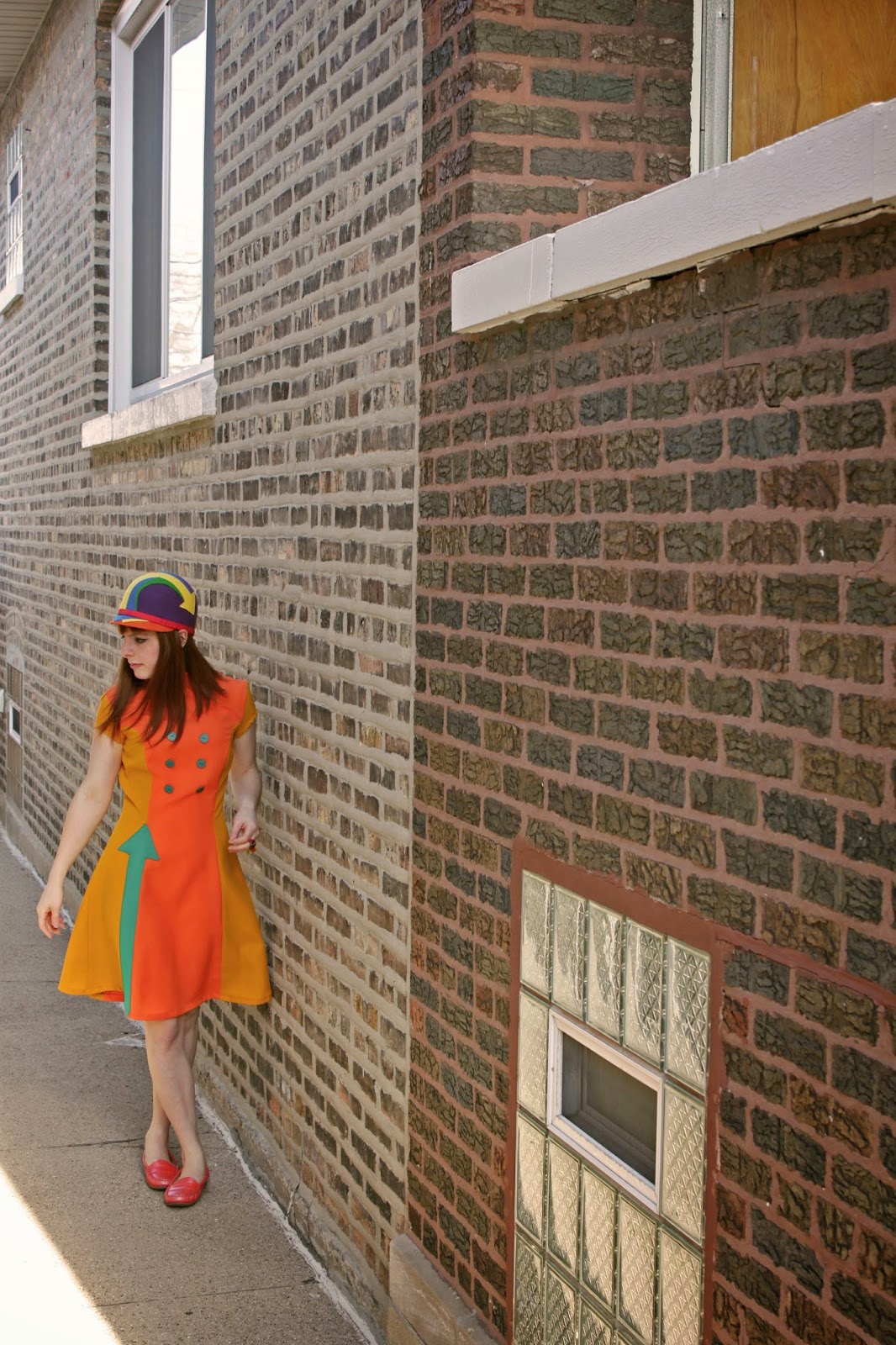 It's finally nice enough to take photos outside again and we waited for a much warmer day to take these photos. It topped out at almost 80 this day! 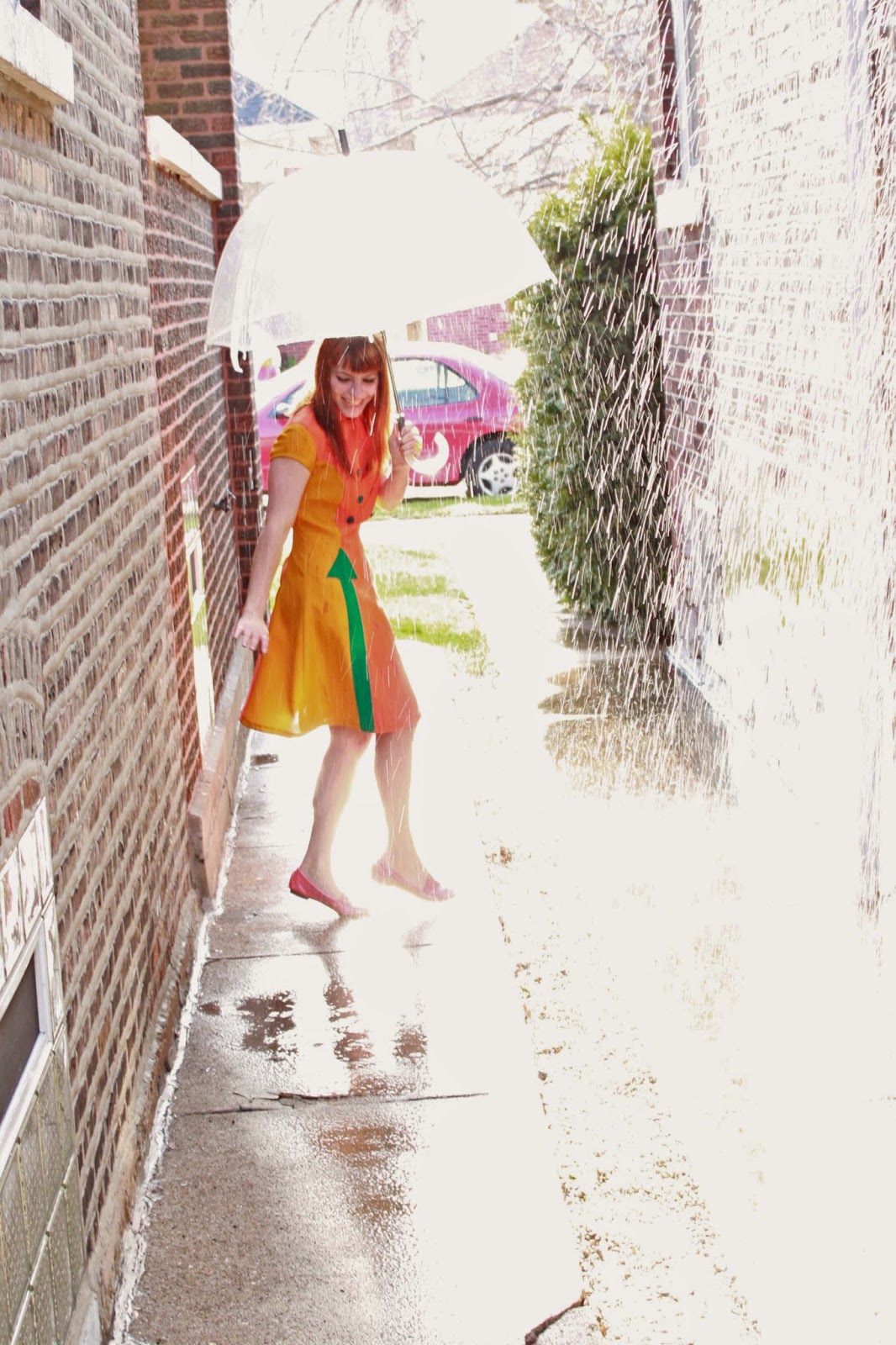 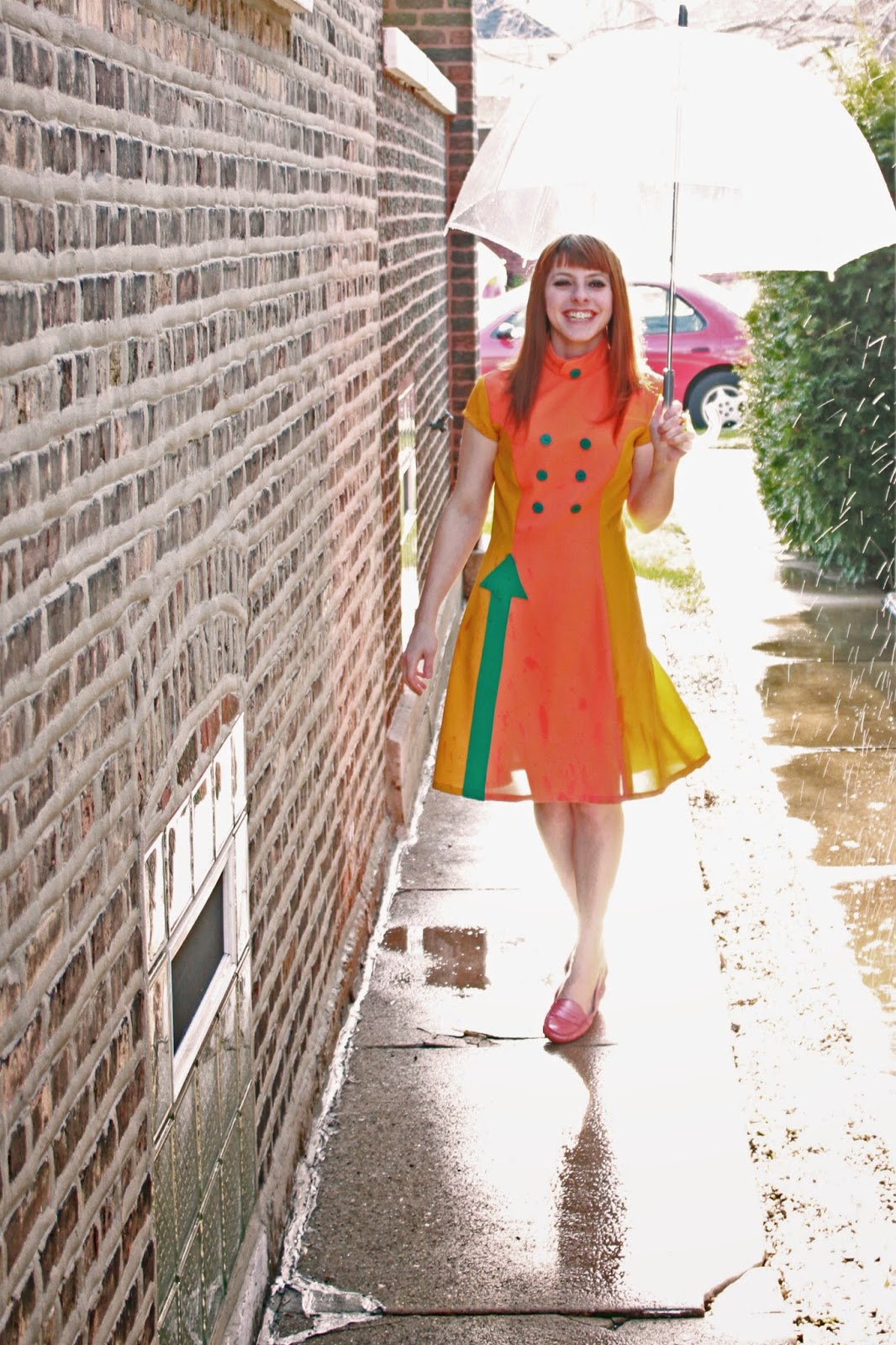 The same person whose idea it was to add the arrow also suggested it look like it was raining in some of the photos. I love the way these shots in the gangway turned out! 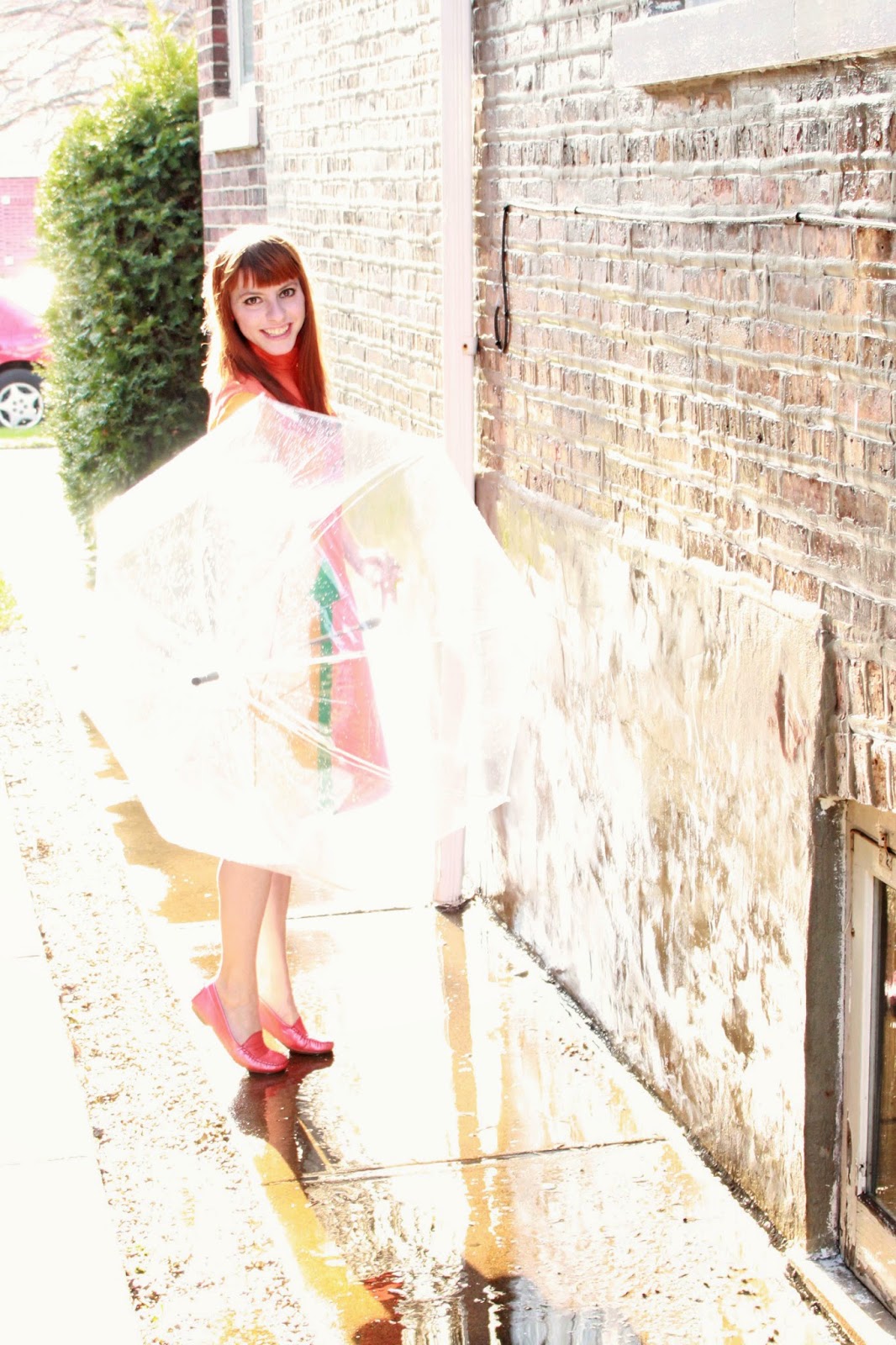 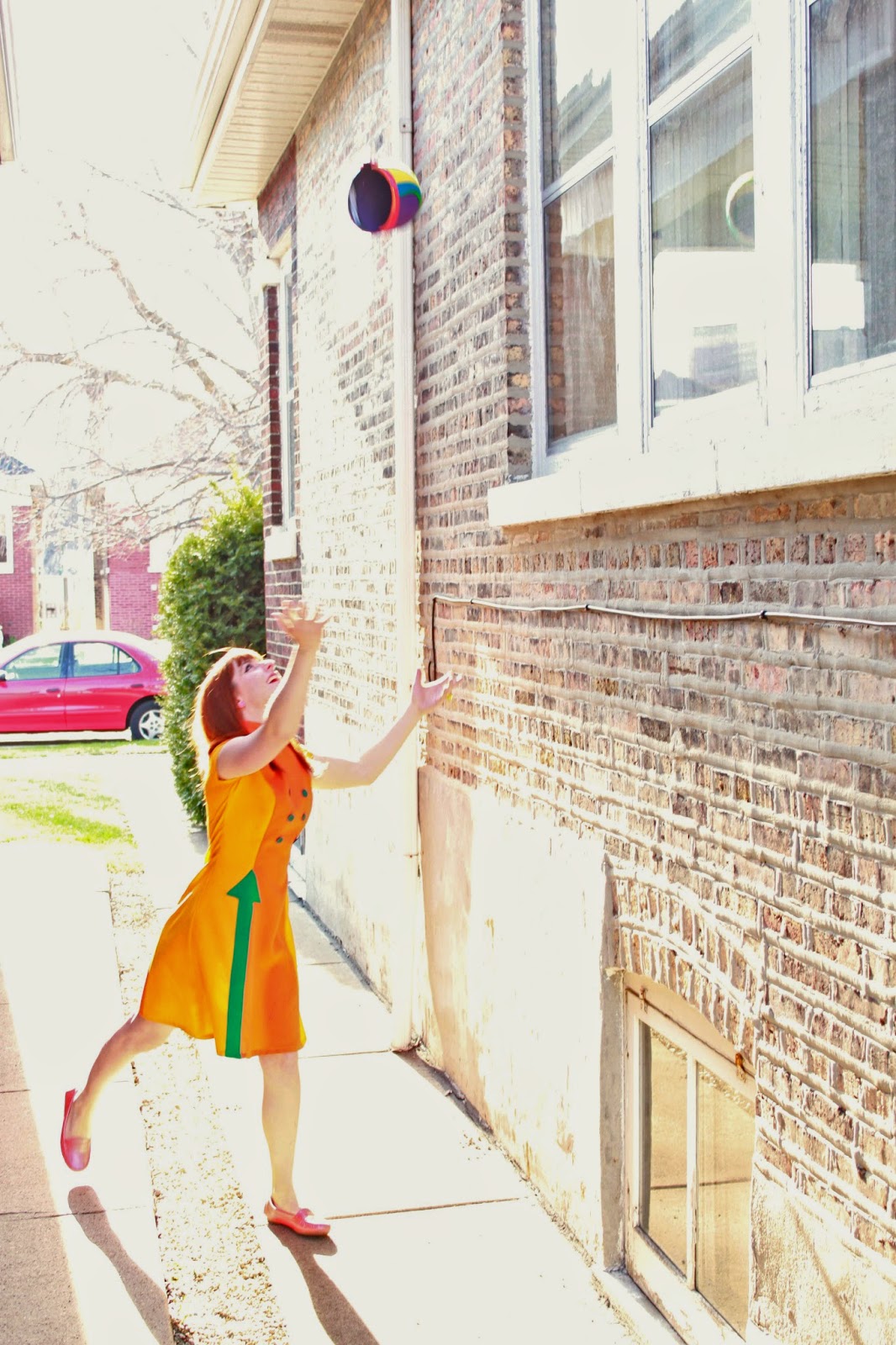 And here I am with my Mary Tyler Moore-esque moment! 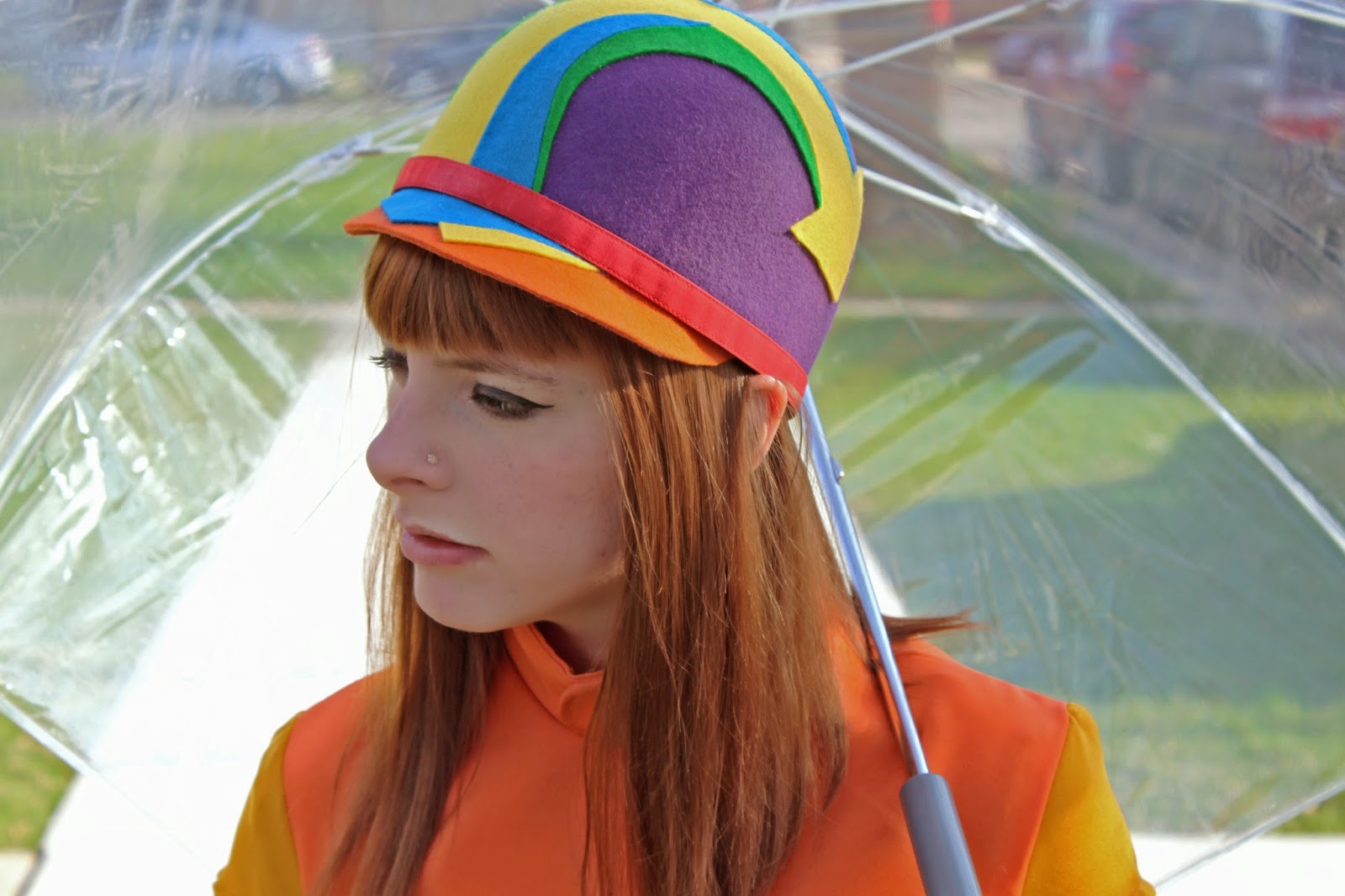 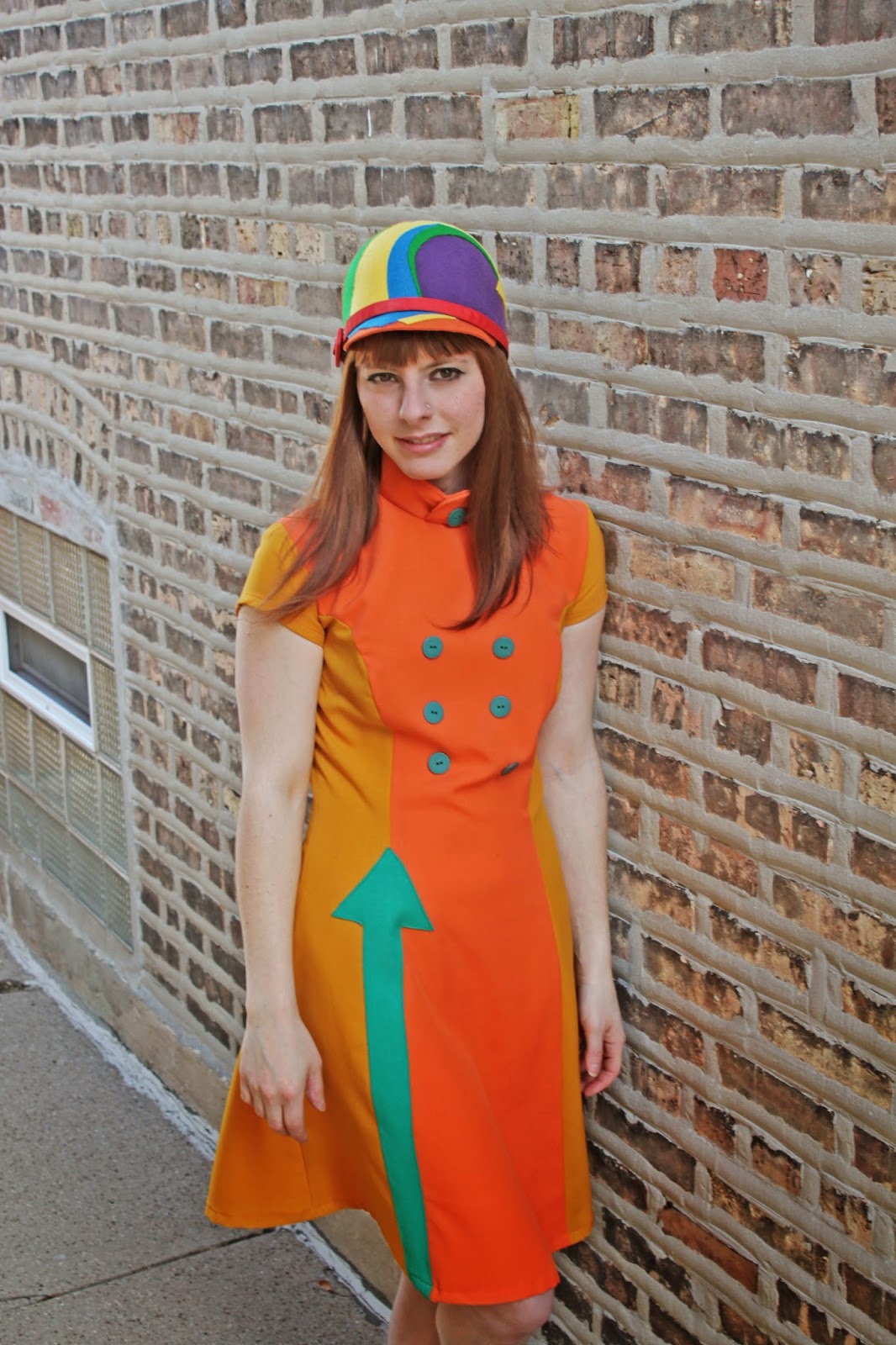 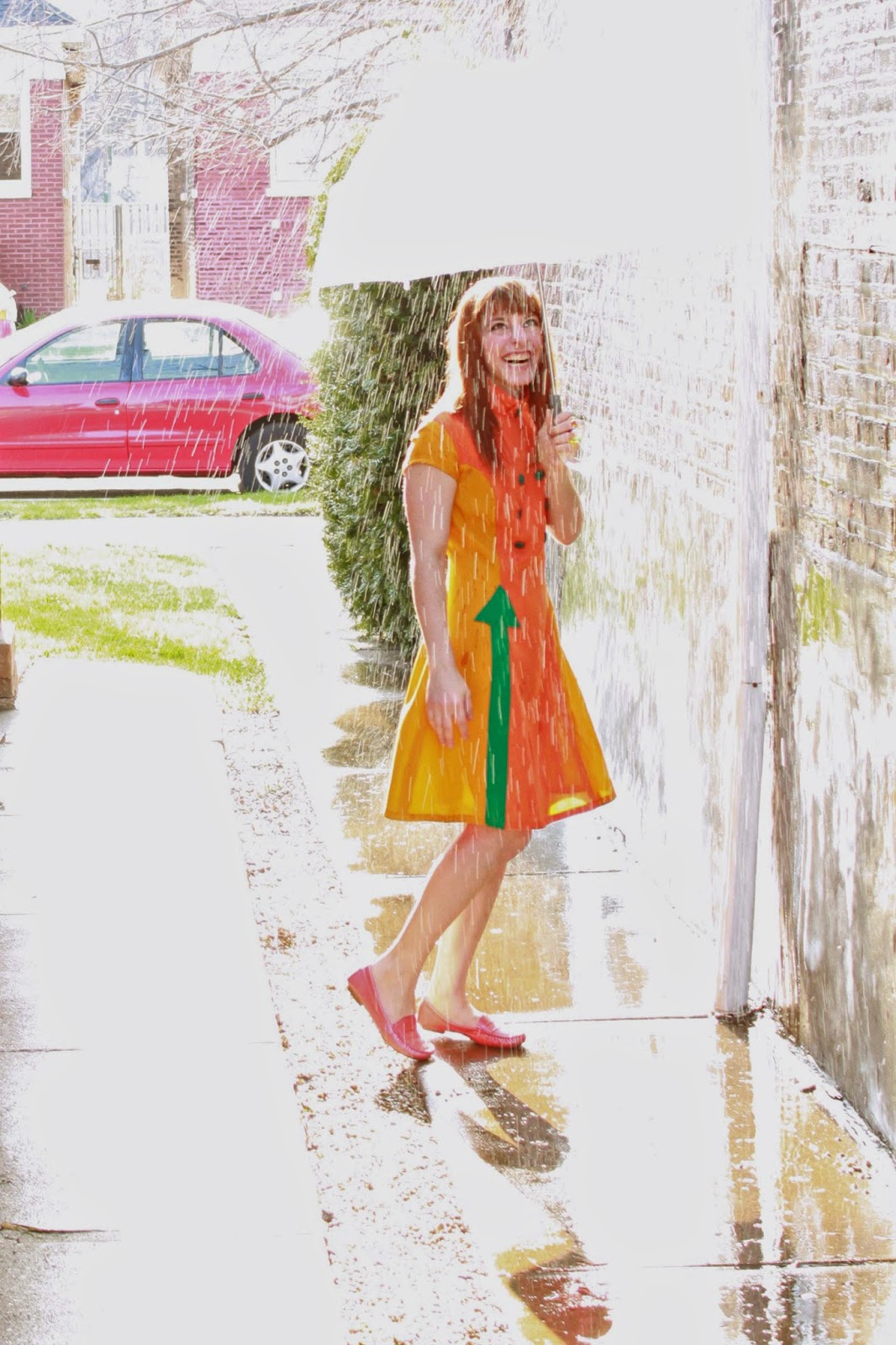 A very special thanks to Tanith with this, especially sending it from halfway around the world! It was tons of fun and I'm totally looking forward to more collaborations!

And now that the weather is finally nice enough out.... expect more outside photos for my next creations.