I'm finishing up the last 2 patterns for the rest of my mini dress collection for the grand opening of the Etsy store. I severely needed a break on Tuesday to just not think about anything (I still work 40 hours a week, mind you!). Today was also full of running errands, sourcing fabric for my own personal fall jacket. Preview: I decided I'm making this one from BurdaStyle with color adjustments, minor detail adjustments.

It's obviously not because I cannot make jacket patterns (see New Militia jacket) it's just that they're time consuming, especially when this jacket is only for yourself. I also may be addicted to PDF patterns now that I tested one out for another independent designer. You'll see what I made when the pattern is released but it's reallllly cute!

In case anyone missed it on Facebook, here is a photo of Tatiana wearing the Sweetheart Dress from the current Manic Pop collection! She says she'll be taking more photos of her in it soon but she says she loves wearing it and it's very comfortable. 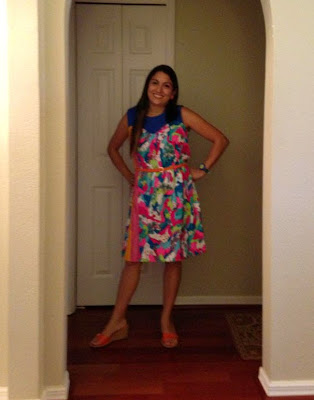 Chicagoans: I will also be doing a show with an internationally-known camera company soon with my fashion design work. August 10th, but further details will be forthcoming! Keep an eye on the Facebook page about it. If you can't make it, there will be photos of this event too. :)

So, things to look forward to soon:
1.) New fall coat project (this one replaces my previous Pierre Cardin idea I had. It's quite similar though!) Bought fabric online today for it.
2.) Sunrise panel dress I'm starting on today. (This also replaces the Ana Flounce dress style from the line sheet - I like this idea better!)
3.) Photos of a garment from a PDF pattern I tested for an independent designer.
4.) Scallop dress is still coming.
5.) Top project idea in mind with the mod faces fabric I also found online.


And while you're waiting for all this.... a photo of me with KITTENS! 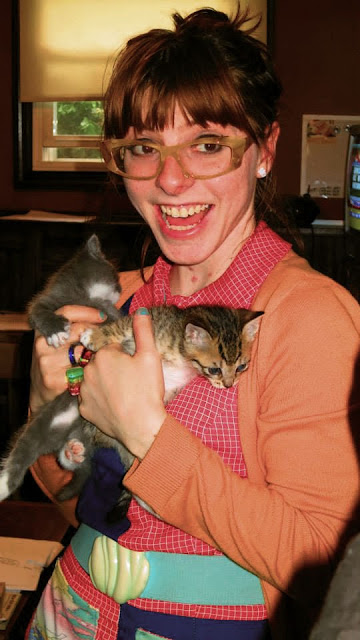 Not mine. My cousin's. I have 2 furbabies already. 2 is enough!