Arthur Russell - Saying Goodbye to One of the Best Friends

February 23, 2012
I've been absent from the blog and mostly absent from creating for maybe a week and a half now and the sad reality is that I have been taking care of my dying cat.

Our cat Arthur was diagnosed with a very aggressive cancer February 16th and it's been difficult to do much else than spend time with him ever since. 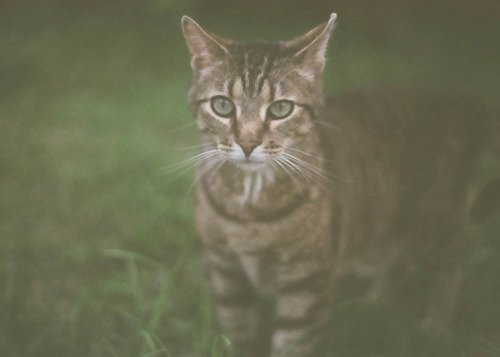 His tumor practically happened overnight mid-to-late January - we thought initially he just hurt himself on something as his neck was fine one evening and then in the morning he had a HUGE lump underneath the left side of his neck.

Note: This post is going to get pretty photo-heavy as Arthur is a nut. Lots to illustrate about him.

Arthur was brought to us by his friend Anna at about 7-ish years old. No one is for sure how old he is since he has been bounced around a bit. Before Anna he lived with another family who had multiple cats. Arthur was given to Anna because Arthur HATES other cats (yet loves small animals like bunnies, squirrels, and is even ok with dogs.) Before Anna and with his previous owners, he was apparently homeless on the streets of Chicago but likely had a family before that who either accidentally or purposely left him behind. (We've deduced this by observing his uncomfortable behavior whenever we have to leave him somewhere or even bring him anywhere as he gets panic attacks about it.)

I know many people love their cats and say they're special but Arthur really is one of a kind. I have had over 35 cats in my lifetime this far (we'd have 6 at a time in some instances when I was living in Michigan) and none of them have come anywhere close to Arthur with the exception of my only other polydactyl cat, Patches. 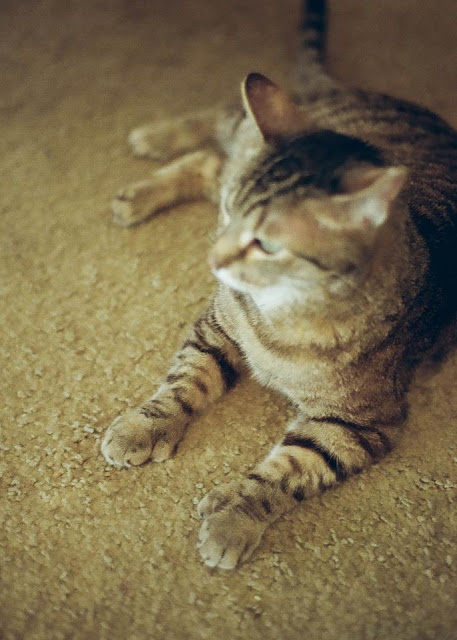 Photo by Brett Manning.
Polydactyl cats are cats that have extra toes - and Arthur has thumbs! They're not necessarily opposable, but Arthur definitely uses his mitts to his advantage.  Many people believe polydactlyl cats are smarter than your average cat and Hemingway was known to love and own many polydactyl cats which is why sometimes they are referred to as "Hemingway cats".

Arthur has demonstrated his knowledge of how things work many times - he actually tries to turn door knobs (he knows how they work, he's just not strong enough) and when holding him at the door window, he gets excited and tries to unlock the front door. What cat does that?! He's even opened completely closed doors ie.) our basement door. 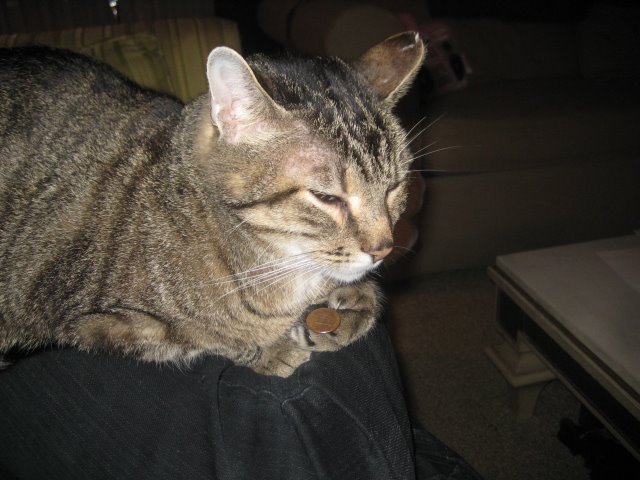 Arthur with a penny in his paw. 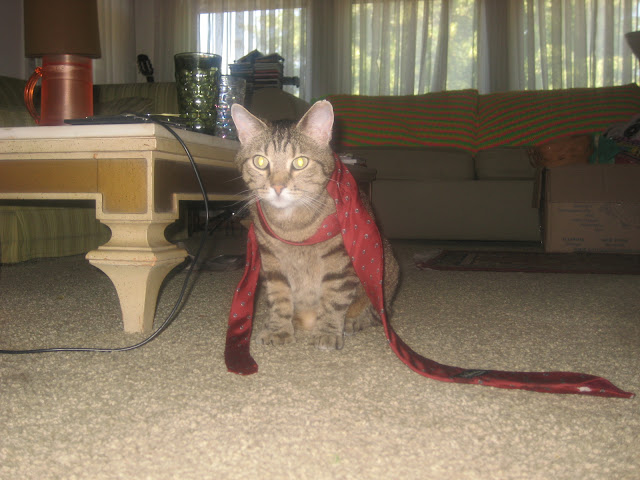 He's always inventing new ways to play which is interesting. Even at around 9 years old, he was playing like a kitten even early on when he first developed his tumor. He has a tie that somehow we figured out he loves to play with. 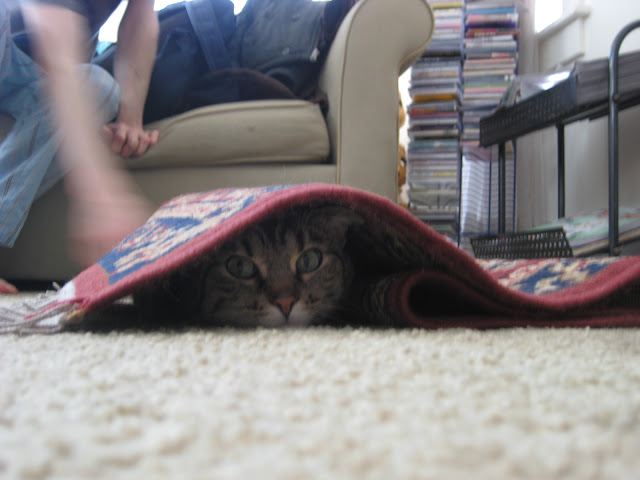 Burrito cat. When we first got him, he would dive under the runner near the front door and sit there until we played with him by pulling his tail, batting at him, etc. I have no idea where he got this from - he started it all on his own!

But he also loved plastic bags... 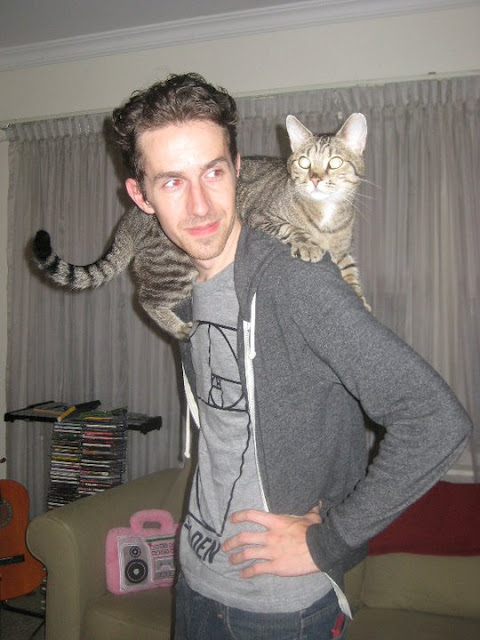 Something else we never understood is that he would climb onto our backs and hang out there like a little parrot. Mostly Brian, not me. Haha. 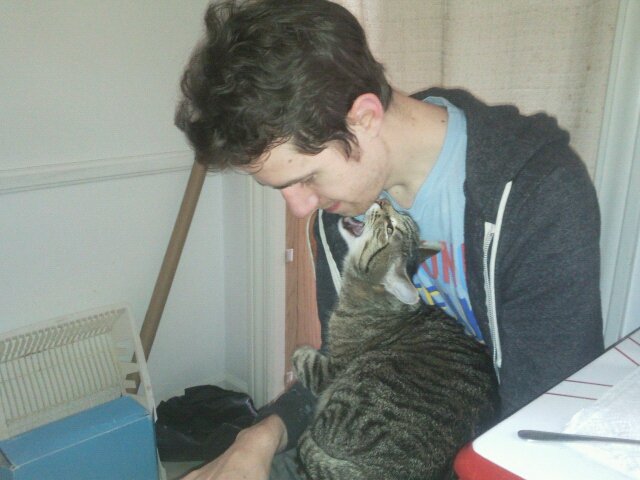 Love bites. Arthur would do this to Brian for a short period of time. I think it was mostly to say "I love you".

He's really just been such a little buddy, which is why we nicknamed him "Bud". He spent many nights with me in the sewing room while I was working on outfits for Spencer (my drag queen) and spoon in the bed with us almost every single night. Many nights, HE would be telling us that it was bedtime, waiting in the bedroom for us! 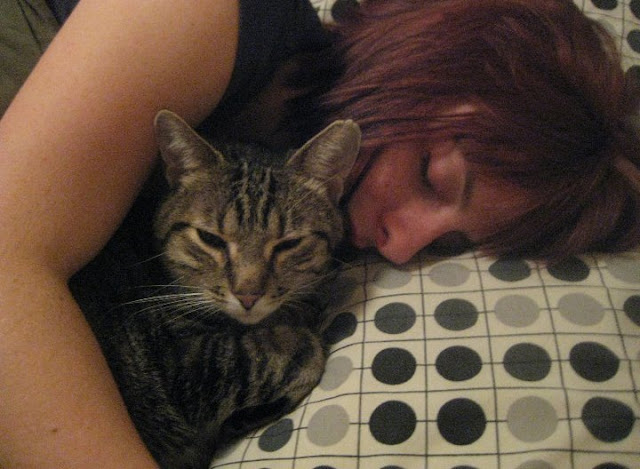 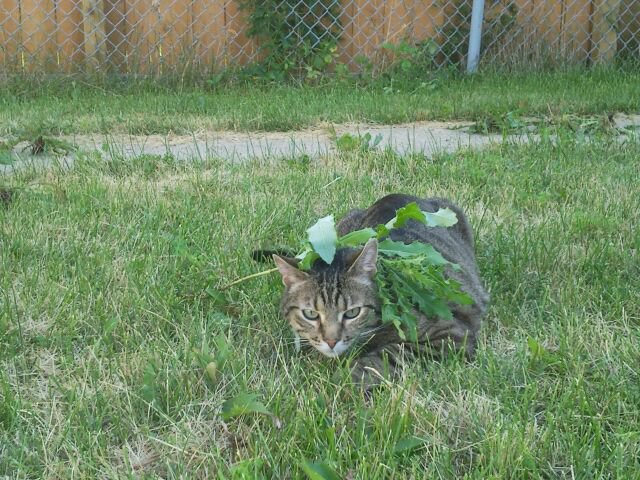 He loved being outside in the backyard even though he was an indoor cat. Likely, this is a result of having to survive outside for some time. 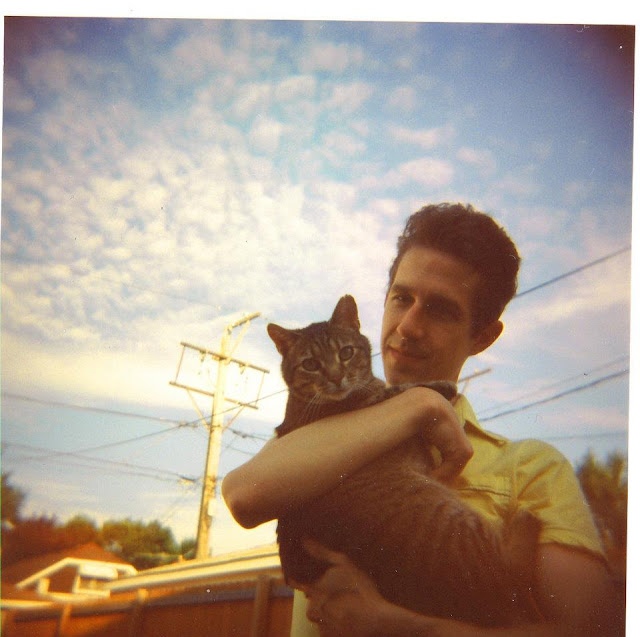 Arthur LOVED being held like a baby. He would demand to be carried around the house too. Such a sweet little animal. 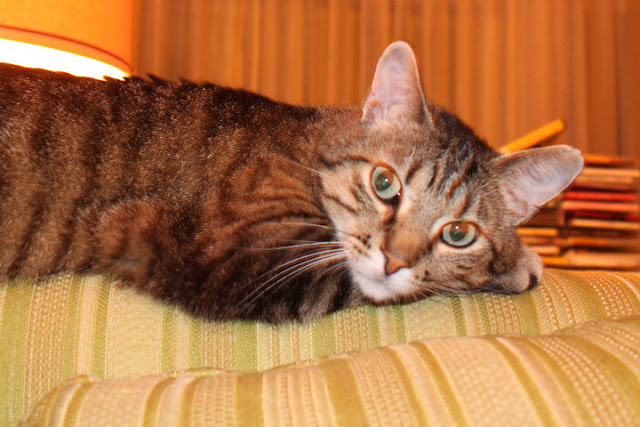 And he also loved hamming it up for the camera. 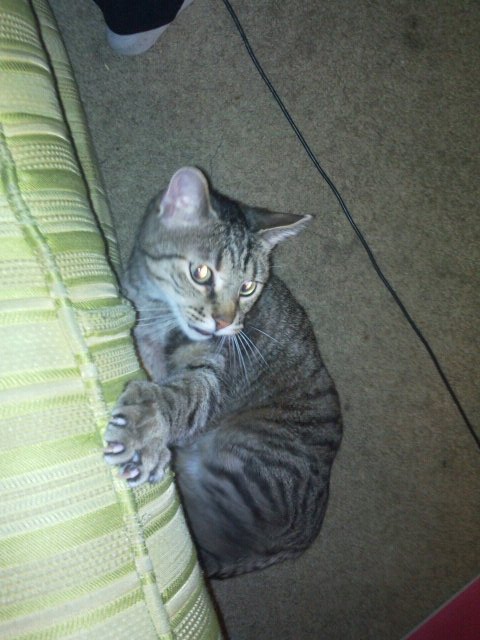 Photo from my phone camera, sometime last year. So funny! 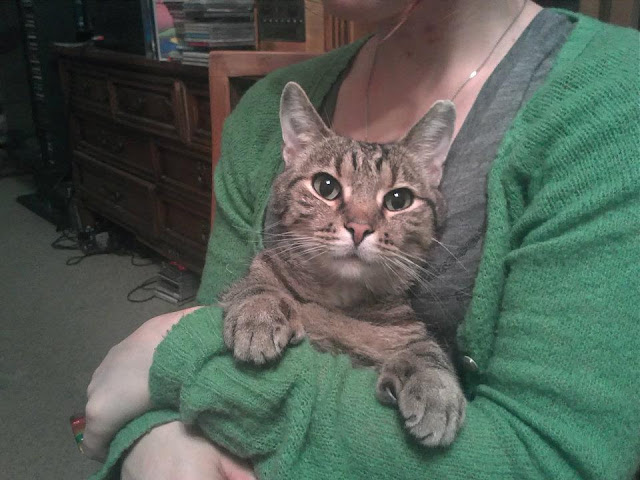 It's really hard to say goodbye to someone you love, but we're coming to that crossroads where we have to make a decision about his quality of life. I really hope no one I know will ever have to come to this decision with a pet as it is honestly one of the hardest things I have ever had to go through.

He's one of those cats who is very appreciative, loves being in the same room as you, and will reach out his paw over your hand as if to hold it and comfort you.

He was also very weird, opinionated, and particular. I have never had a cat who was more... human-like. He begged to look out of certain windows, play certain ways, and always was inventing new ways to play.

Lots of cats are cats who go off and do their own thing, but Arthur was an active participant while living with me and Brian. he provided us with many hours of entertainment, affection, and stories to tell of him in the future.

So for now, we're spending this last week-ish or so with him and giving him lots of love. It's hard for him to eat as the tumor is inhibiting the movement of his tongue, so he is becoming progressively weaker. It's so, so hard to let him go, but the time is coming quickly. 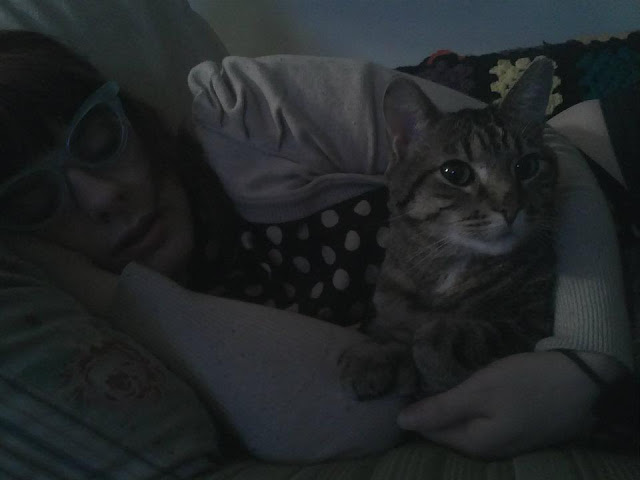 Thank you for coming into our lives and loving us as much as we love you. We'll never forget our 2 short years with you. You were the best cat we ever could have had.