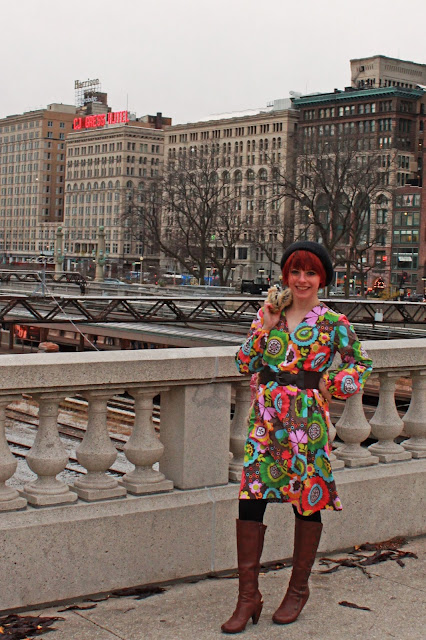 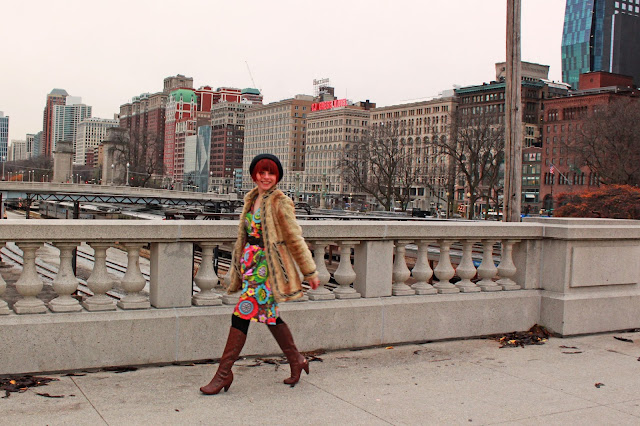 Funny story: This is a dress that almost wasn't. I was cruising around the fabric store one day just picking up some invisible zippers (my go-to rarely has a large selection of invisible zippers) and both my boyfriend and I happened to find this pattern on sale at the store. I really love that pattern companies are reissuing old designs of theirs and Simplicity has always been one of my favorite pattern companies. 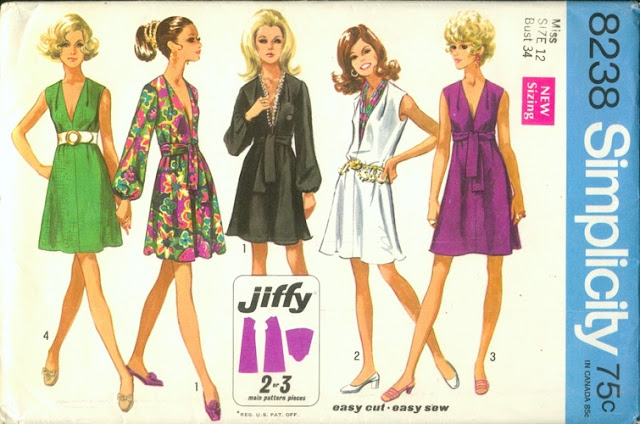 I almost didn't buy the pattern as I didn't really have any plans for it: I'm the weirdo that doesn't buy fabric or patterns without a specific plan. This is probably because my mom spent hundreds of dollars on projects she never even started and fabric she never used when I was a kid. I personally don't want to have a collection of "someday" things cluttering my sewing space.

I bought the pattern anyway and I remember thinking, "Oh, too bad I can't basically make the crazy 60s-print one." I know I usually can find something similar but of course it's never the same. 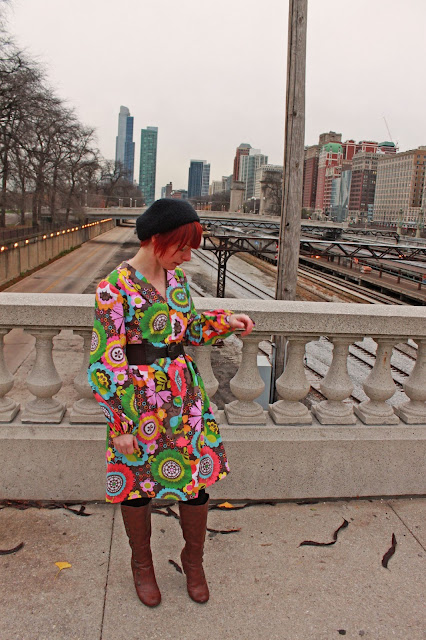 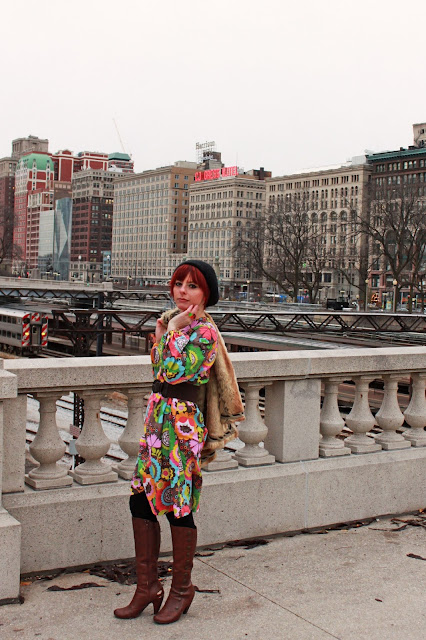 Not even a few weeks later, I was at my typical fabric store in Pilsen when I walked past a bunch of the calico prints and something made me look up. I couldn't believe it. I was actually shopping WITH the Simplicity pattern, just trying to find something that could work as well as buying other fabric while I was there. I honestly hadn't planned on finding anything for this pattern!

I immediately snatched the fabric off the top shelf and compared it to the pattern packet. It was so similar to the original 60s pattern packet sketch! Almost the exact same colors and print!

I showed my favorite fabric cutter at the cutting table who is also a local fashion designer and does costume design for shows in New York City and he was in shock as well. The fabric itself was printed in 2014 based on the markings on the selvage but was seriously mimicking a 60s look. 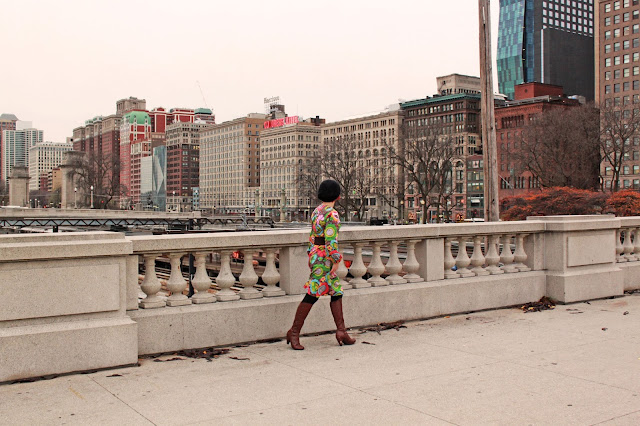 So yeah, I ended up making a true vintage 60s dress with reproduction Simplicity1059 and fabric with an obvious 60s vibe! 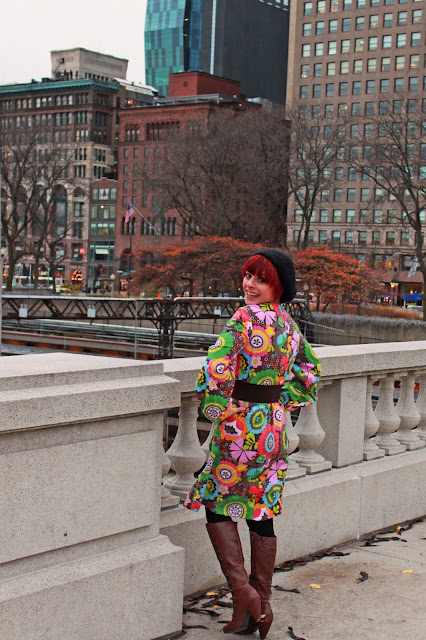 We braved the cold a few days ago to take these photos. On our way home, we were in the midst of the first snowfall in Chicago! Always a magical time of year. These photos were taken downtown between Millennium Park and Grant Park. I was kinda going for a glossy fashion magazine-type city photo look and the skyline right around there reminds me of Vogue fashion ads. (See below, haha.) 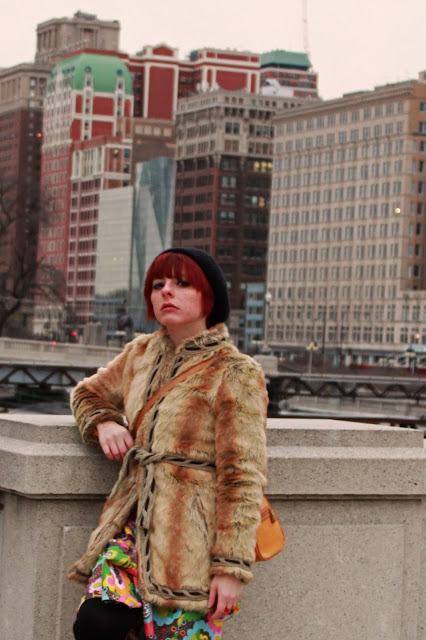 Should I have been a model?! Lol.

I rarely wear this faux fur coat even though I like it tons. I guess I get nervous people will think it's real (doesn't look real at all to me) or PETA people will get mad even knowing it's faux fur, or that people on the street will think I have way more money than I have. In truth, this coat was about $15 at a "vintage" store in Wicker Park (this coat has to be early to mid 2000's) and I bought it some 4 or 5 years ago. It's actually a kid's size and you can tell it's not in the least bit high-end by the lining on the inside! 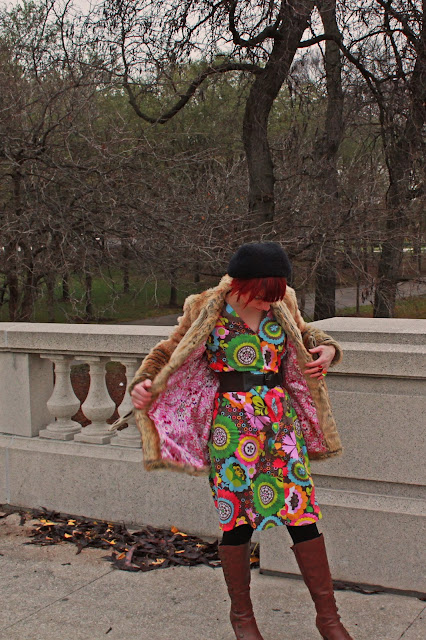 Overall, the dress wasn't hard to make at all, though it took longer than I originally anticipated. The only thing I oddly had a slight issue with was the inside neckline facing, but that could be because I didn't transfer the circle markings on said facing. I don't think it lays 100% flat still but whatever. It totally works and I can see myself making up this pattern in a more slinky synthetic material for a completely different look.

I'm also not used to wearing long sleeve dresses! With anything long sleeve, I find myself pushing up the sleeves. I'm a huge fan of sleeveless so I can add my own cardigan over anything and hence why I make lots of sleeveless. I also don't recall ever inserting elastic into any garment I've made (though I have done drawstring) so perhaps this was a slightly new learned "skill"? It was easy. I've always liked the look of dresses with the bishop sleeves but actually never have owned any! I did make the matching sash for this dress but opted to style it with a belt I had in my closet to break up all the pattern. 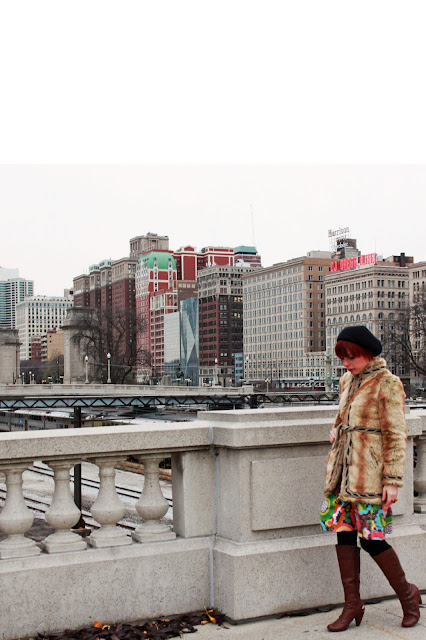 And now, a super artsy photo.

That's it, kids! Have you made this dress before? Link me in the comments! 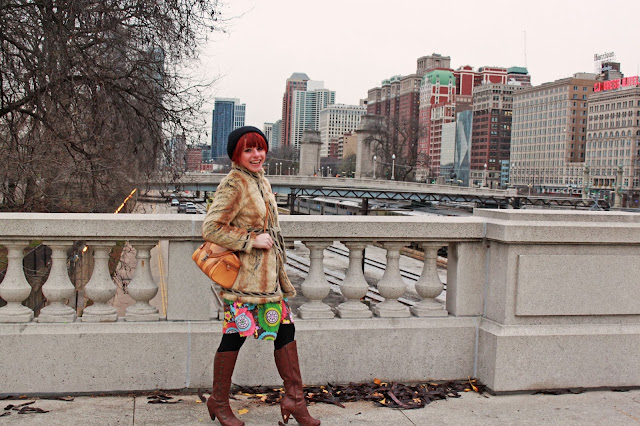