October 19, 2015
I know it's been a long time, but I have FINALLY gotten around to taking photos of a dress I made literally like, 6 weeks ago.

I initially had another project up before this one, but for some reason, I couldn't NOT cut this dress first. 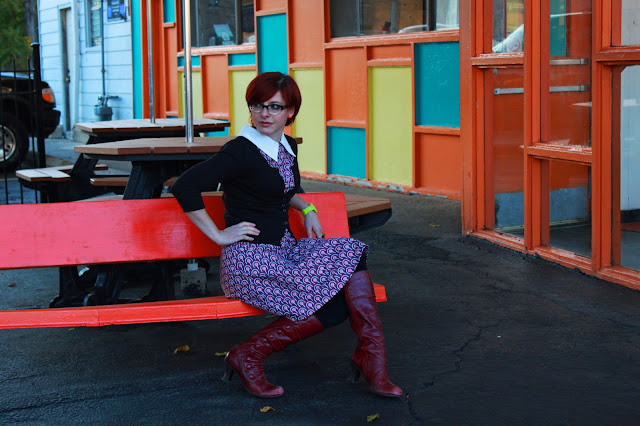 The dress is New Look 6299 by Simplicity and I had found this amazing and crazy Pepsi scallop print from fabric.com that I seriously could NOT stop thinking about. Yes, I could have made this sewing pattern on my own very quickly (and basically have with my Tanith Arrow Dress) but I'm still working on completely refining my pattern blocks.

Plus, these days I'm lazy, I don't have a ton of time, and when I get a cool combo in my head I just need to go for it and not waste the time I have to work on things.

From far away, there is no indication that this dress has "Pepsi" printed all over it. And that's what I love about it. 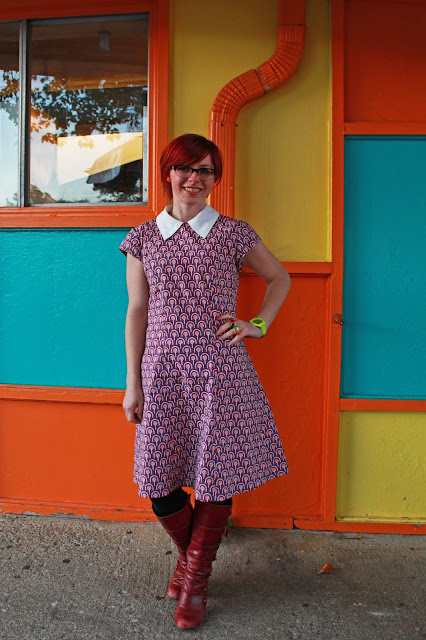 Upon closer inspection, you notice it has a retro-ish "Pepsi" in the middle of the scallops. 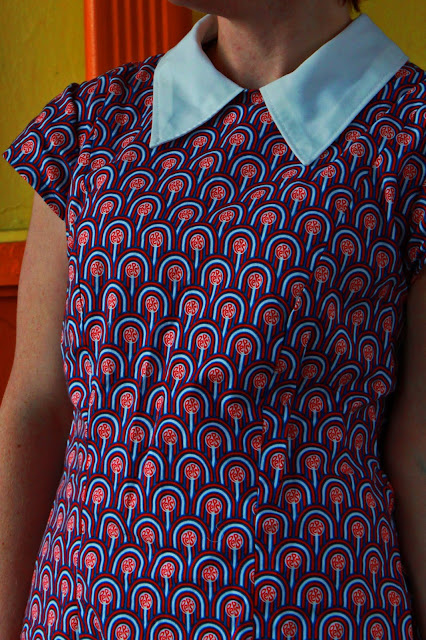 I really have no idea why fabric.com would have such an oddball print in their arsenal, but I am glad as hell that they did!

To me, this dress screams 1960's retro though I'm not sure if that was their intention. It's a new pattern but I thought this retro-inspired fabric was perfect for it.

I also wracked my brain for a perfect place to take photos of this dress (Come on! Had to be somewhere colorful!) and I ended up remembering this super cool retro-looking diner down Harlem in Forest Park, IL. The place is called Parky's and although I have never been there, we stopped to use it as our photo location but not before buying some lemon Italian ice from them.

Italian ice reminds me of my childhood: I spent from age 0 to 12 in the New Haven, CT area and being from a predominately Italian neighborhood (I am mostly Italian myself) lemon ice was my favorite thing to get from the ice cream truck. 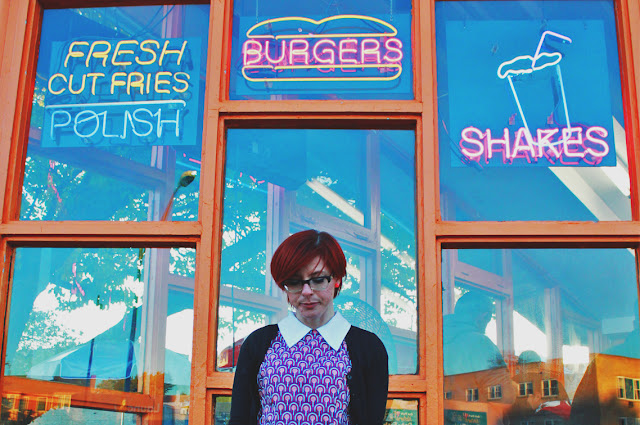 Promotional photo for my upcoming album.... not. 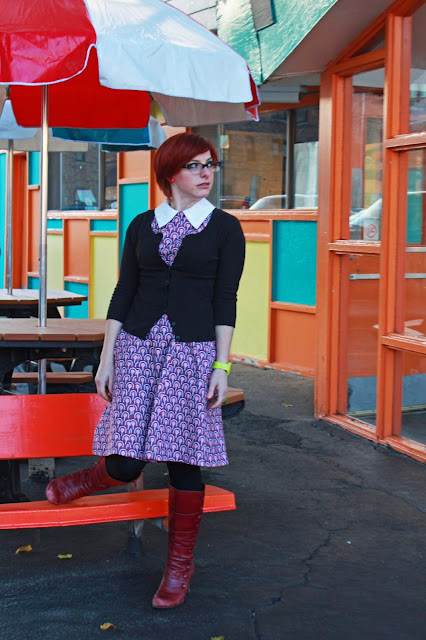 I seriously am not a soda drinker at all -- you will never see me buy a 2 liter! I'd rather drink tea. But I DO happen to like musician Saint Pepsi a ton. That's a good enough reason to have a Pepsi dress right?! I also happen to be a huge fan of pop art (haha) and consumer-product related clothing/consumption commentary as a whole (still kicking myself of 12 years ago for not buying a white tee with the red "thank you thank you thank you" printed on it like a plastic grocery bag.)

So Saint Pepsi (now renamed Skylar Spence due to Pepsi threatening him with a lawsuit) is actually coming to Chicago in a week or two. I've been jamming to his tunes for over a year now and it's some seriously good stuff. If you're into chillwave music or even vaporwave plus a mash up of obscure 70s dance and even some slick 80s danceable tracks, the sound is purely nostalgic and familiar but like nothing you have ever heard before.

He's on the same record as another old favorite of mine, Toro y Moi. Now I know he's rocketed to fame and fortune a few years ago, but I saw him open for Ruby Suns at Schuba's in 2010 when he was a virtual nobody and not long after all his equipment was stolen in Brooklyn, NY. He totally made that show for me. Saint Pepsi is also on the same label as Toro y Moi -- Carpark Records -- and it's no wonder why.

This one (Cherry Pepsi) is super 80s reminiscent, but also check out 70s disco and Mario Kart (yes) influenced "Better". 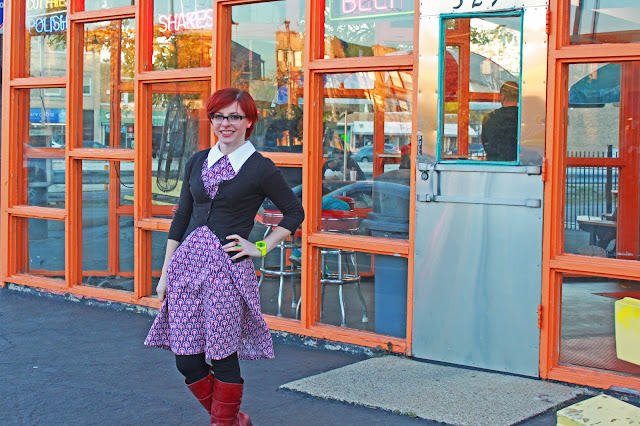 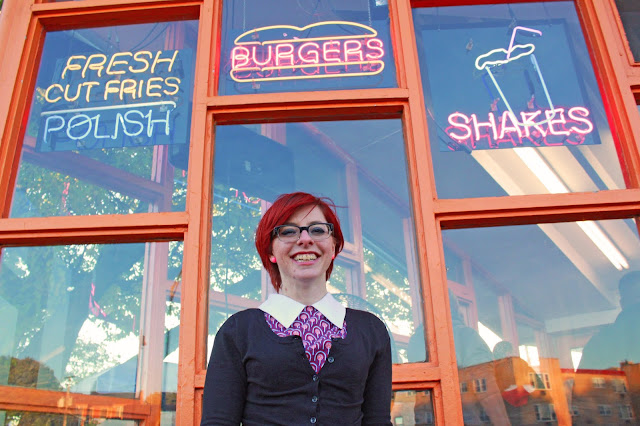 And that's the story behind this fun new dress!

I'm also working on some new art pieces (one is a 6" by 9" smaller-version prismatic design), planning/concepting for more fabric repeats, and sketching in general. So I've been doing a little bit of everything. For the most up-to-date creative pieces, follow me on Instagram, @manicpop