August 17, 2014
It's been a moment since I've posted, I know. I've been settling into my new digs here, setting up the sewing room, and actually been taking an online class on how to complete my PDF sewing patterns.

If you remember, I was working on a PDF for the Petra Dress in January. And while I got super-super far on that, there were some pieces to the puzzle I was missing - like how to tile the pattern for printing. I graded the pattern but wasn't happy with my nesting and some of the pieces in general, but this class is helping me develop a very clean version of those sewing patterns and filling in the blanks.

I'm excited to see where this takes me!

On another note, I am spending some free time being creative in ways I haven't been in some time. That way right at the moment is taking creative photos.

I got out of Chicago at the perfect time for myself -- I'd been looking for an excuse for quite some time to leave and big factors that keep anyone in one spot all fell through all at once. It's as if the universe was telling me, "Get outta here. You don't belong here anymore!" And it was true. Nothing against Chicago, but it was just time for me to go.

Since I am back in the same place I went to middle school and high school (and haven't lived here in 10 years) it's really interesting to feel as if there is a juxtaposition with your former self. Everywhere I go, I have this feeling like former me (I went by "Niko" in high school) is following me around. There are constant reminders of the person I left here when I was 18 and I have been exploring "her" through spending some time with her - not only in my notebooks from those years, but also through a mini photo series. 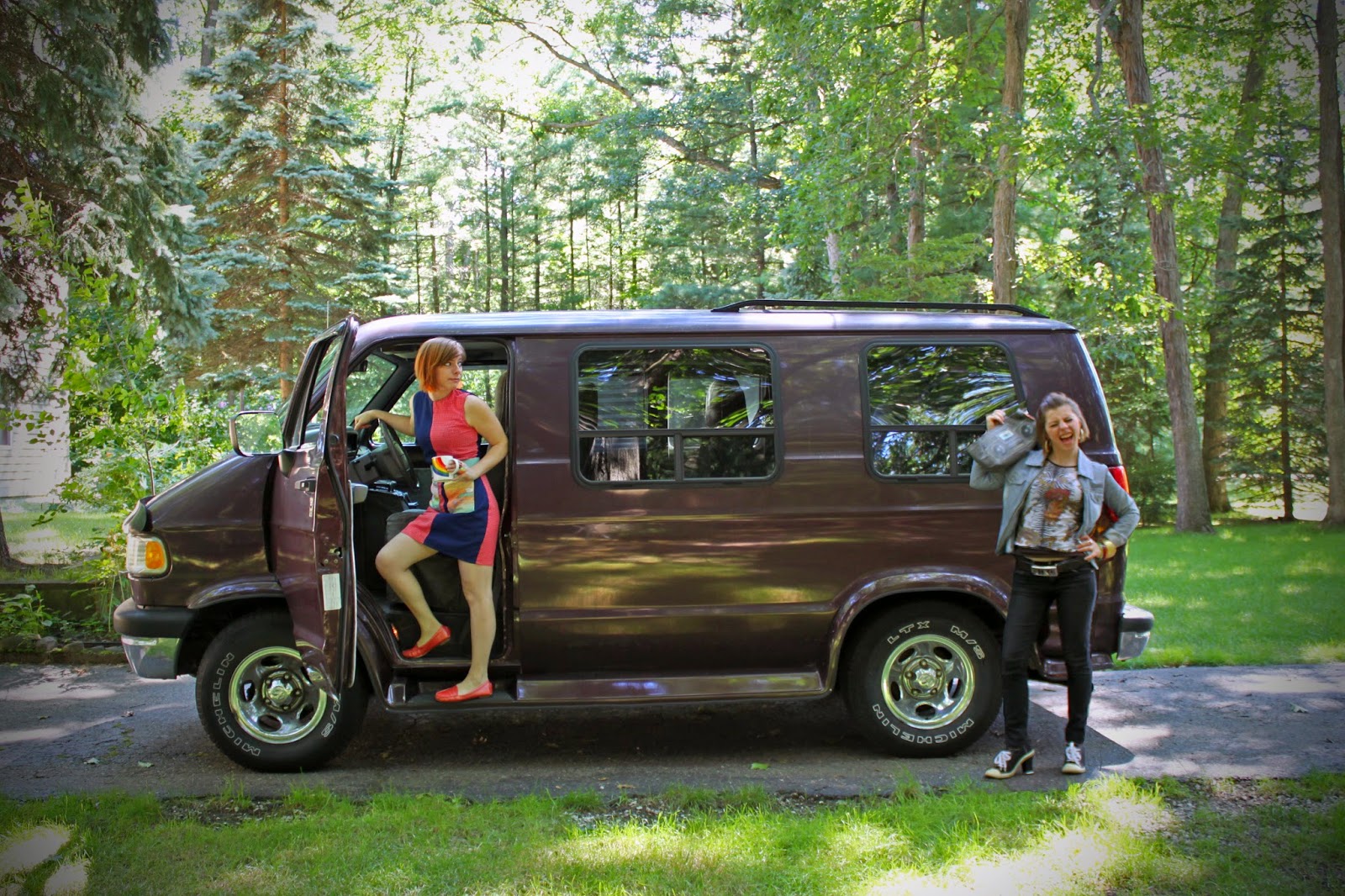 Back in high school, I owned a van - it was an '89 Dodge Ram Cargo Van which I owned until about 2006. Now, I own a '97 Dodge Ram Van (seen above) - completely unintentional that it was the same style! I'm in the process of looking for some really great retro-looking flower power decals. It wouldn't be very me if I didn't make my vehicle look a little jazzed up and....happy. 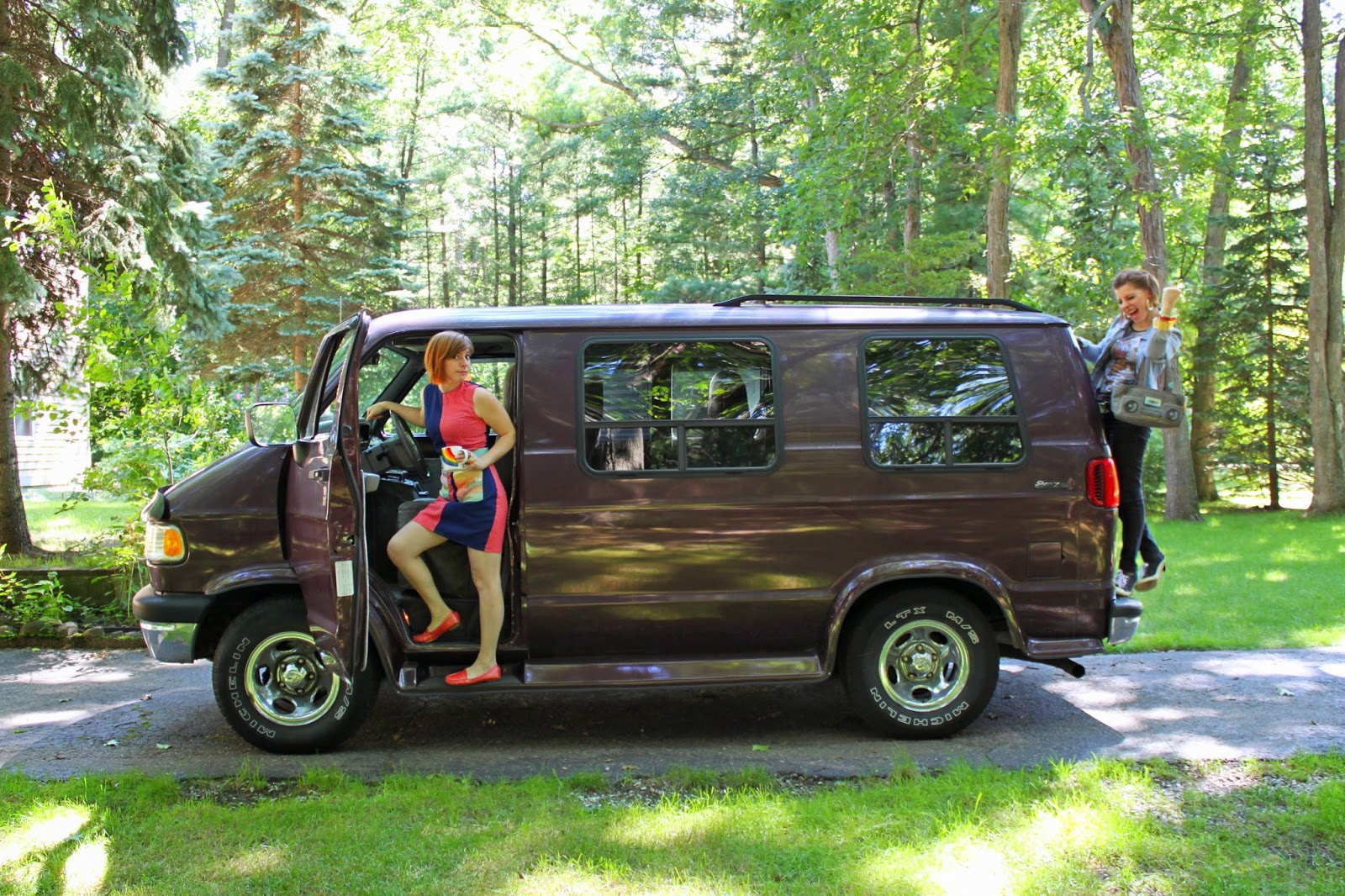 Current me is on the left here, former me aka "Niko" is on the right. Yes, that shirt, shoes, and boombox bag are all from high school! Some of the very few things I have left. Former me was very sassy, bold, ridiculous, and completely fearless. It's how I ended up in Chicago.

I've compiled some reference photos which stuck out in my mind about how I looked and acted back in high school, over 10 years ago.

The photo above with "Niko" on the back of the new van essentially recreates the photo from high school below: 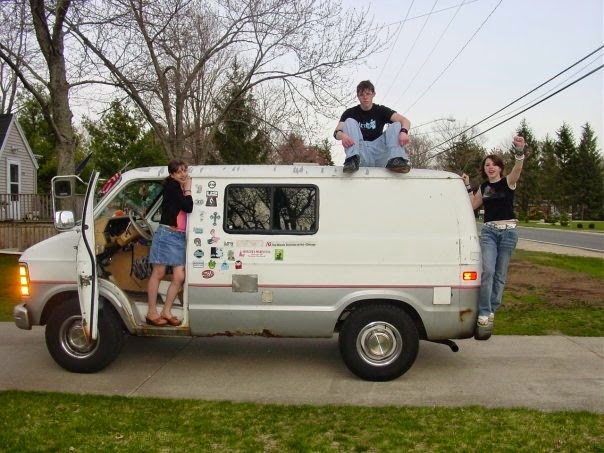 Pictured: My sister, best friend at the time, Robby on the roof, and me in 2004.

The pants in this photo (circa 2003) were the inspiration for me using the striped jacket as well as the hairstyle, even though this photo is impossibly blurry. 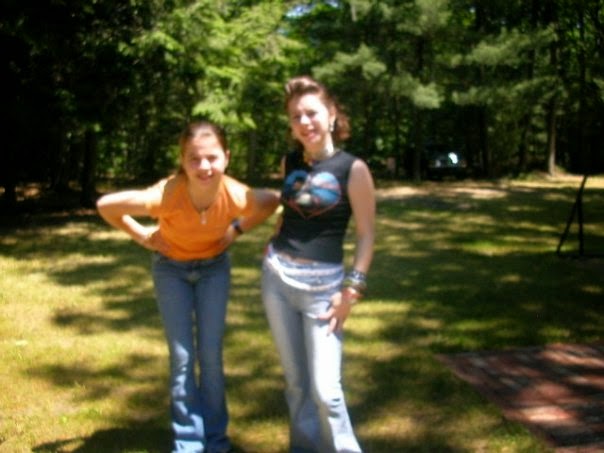 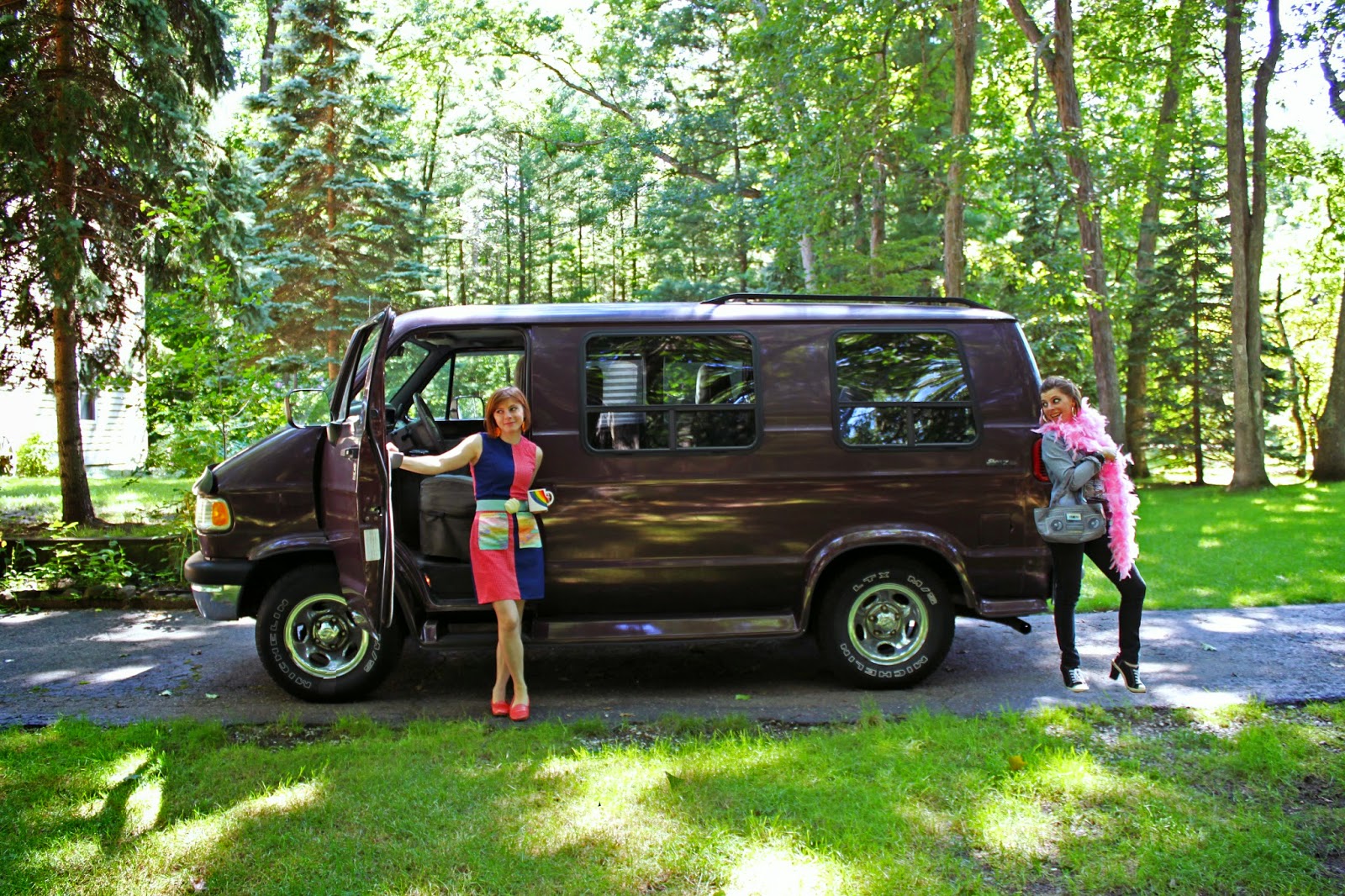 I also seriously wore a pink feather boa around a lot when I was 14, so that's why that makes an appearance. I was a weird one! 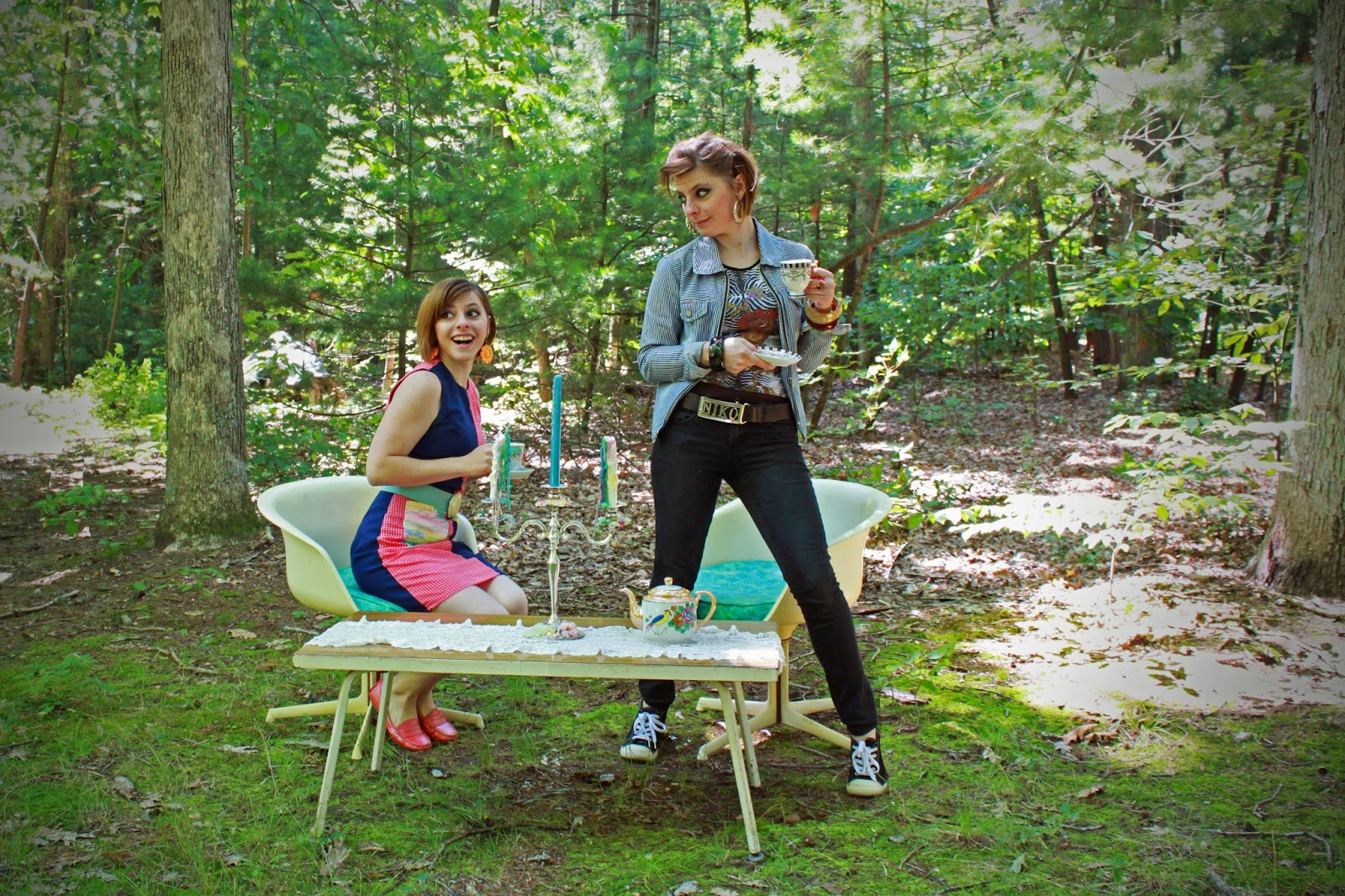 This one might be my favorite out of all the shots so far. Yes, that "Niko" belt is also something I had made and wore around in high school! I thought it was perfect to wear for this photo series. 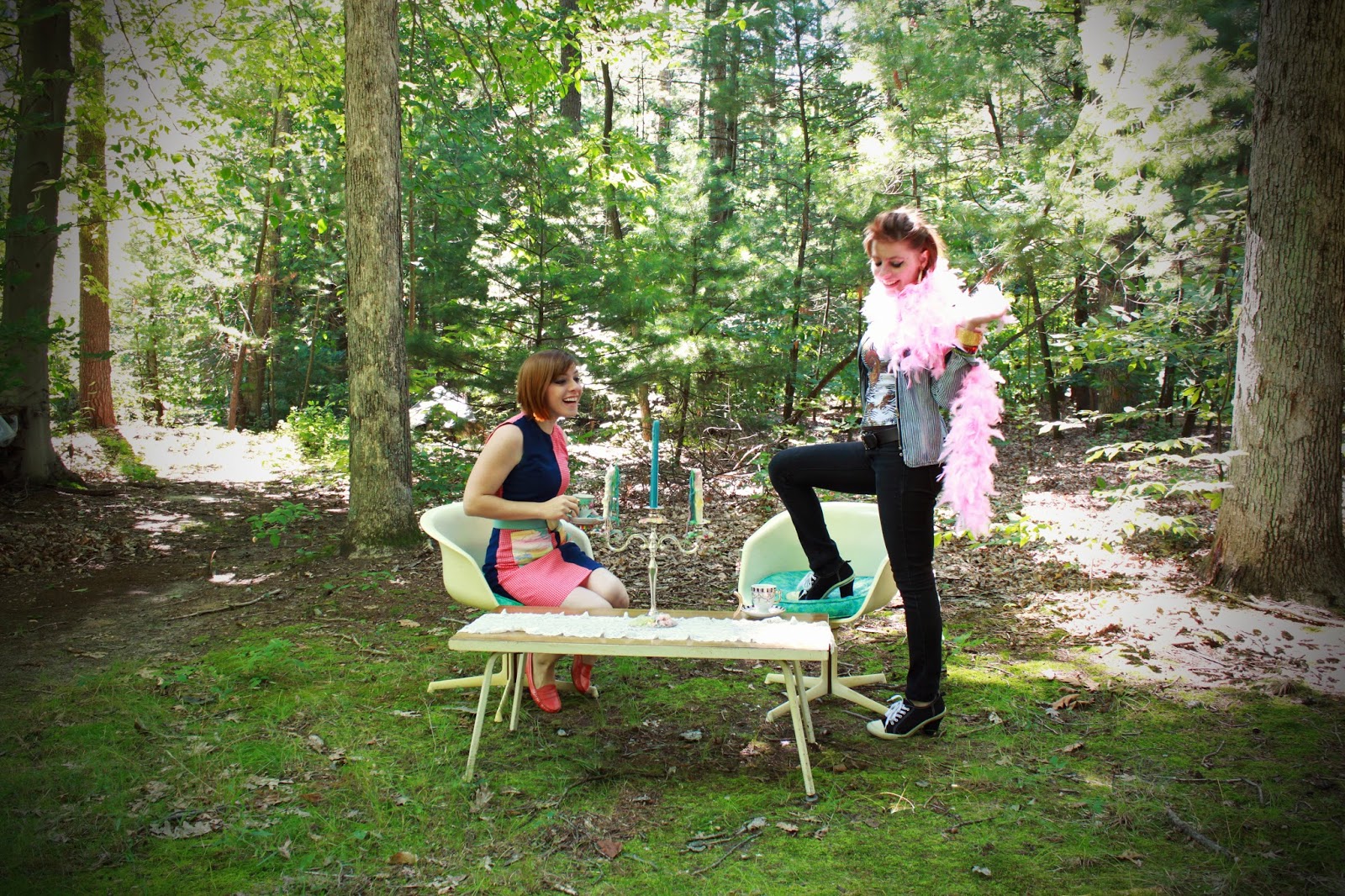 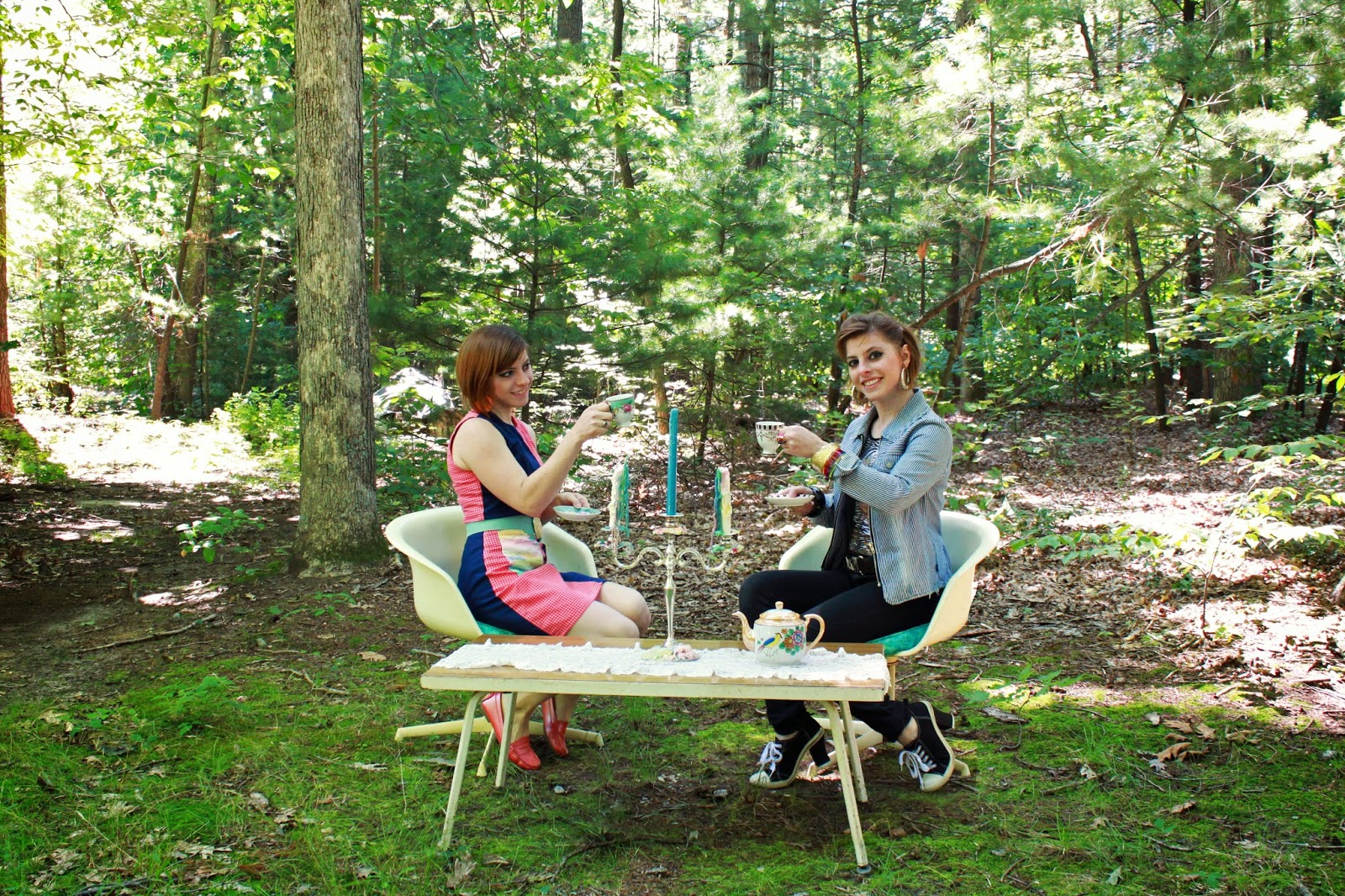 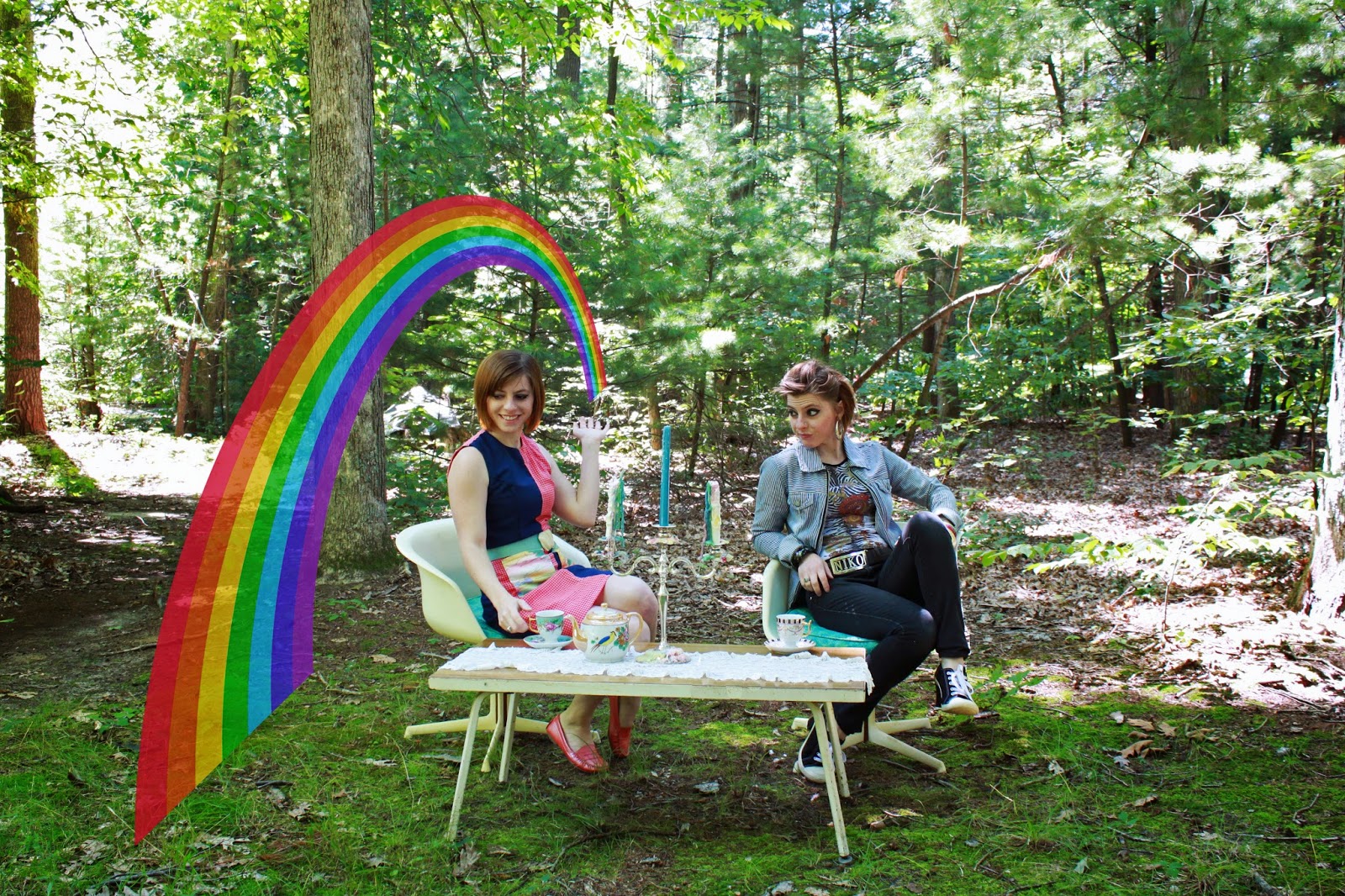 This one is a bit ridiculous, but you get the idea.

I have a few more locations set up in mind for this photo series. I've been taking photos in places that were and are important to me both then and now: with my van, the woods, etc. I have a few more ideas in mind.

One thing I have learned so far about playing my former self in these: It's interesting how you look back sometimes and think your former self was "so cool". At least, that's in my case. However, while playing my "old self" and dressing like my old self, I get the sense of the lack of refinement I had. I was bold and brash, but often times wasn't as sensitive as I am now. I was fearless because I was naive and young.

I also had no idea how to do my makeup! Seriously. I caked on eyeliner for these photos like I used to wear! I stand taller playing "Niko" but I don't have the same sense of self-awareness as my current self. "Niko" was much about drawing attention to herself where as current me is more about drawing attention to my design work and creative output. And that makes complete sense - Niko hardly ever actually made anything except for wrote obsessively. Every single day of high school is documented for me. It's insane.

Either way, this is a fun study for me. I'm having fun with the juxtaposition and seeing the results of the photos!

Stay tuned for more in the photo series!