Ah, October! One of my favorite months of the year! 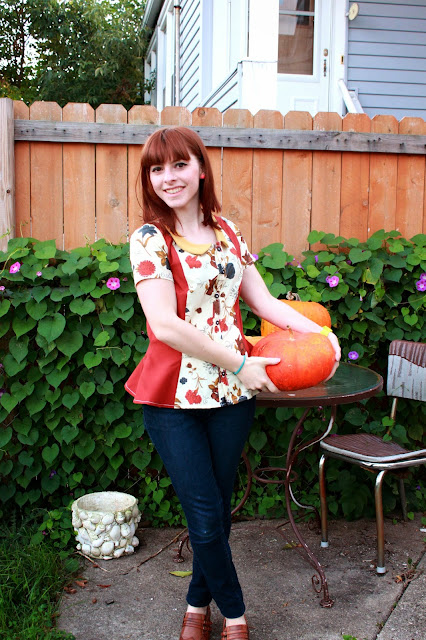 This is a top I finished about 2 weeks ago and I hadn't gotten around to taking photos, took my time uploading photos. I'm slowing down a bit with blog posting since I'm mostly doing experiments in the sewing room on things, not working on a full collection like the 5-piece dress collection I did over the summer.
And I'm not sorry for lack of posting. See an awesome post by So, Zo about apologizing for not blogging. 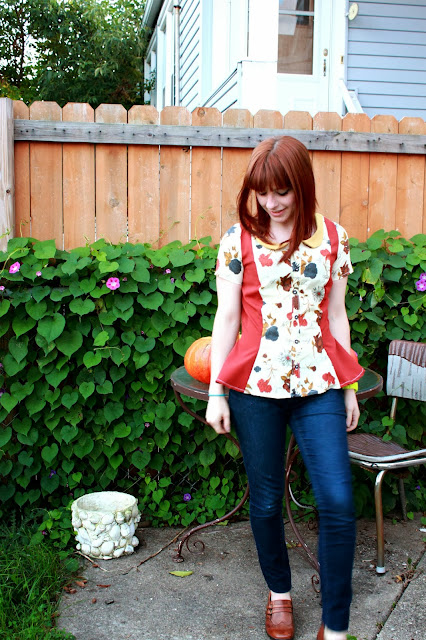 This blouse is using the same pattern I made for my Mod Faces top - I just added a peter pan collar. 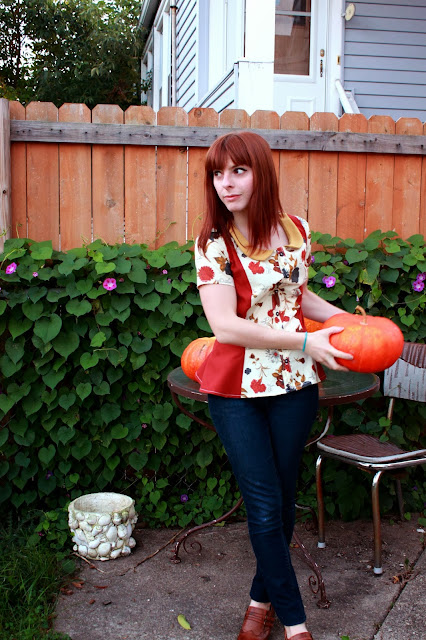 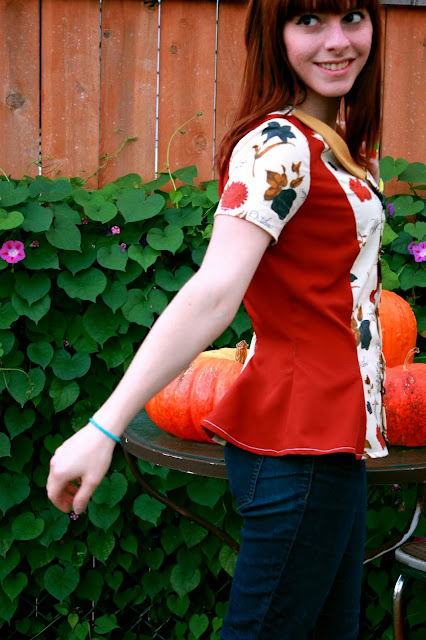 This shirt is made entirely of leftover fabric. I had a friend who was moving and giving away some fabric and the "Octobre" fabric was in there with a bunch of other fabric she was done with. 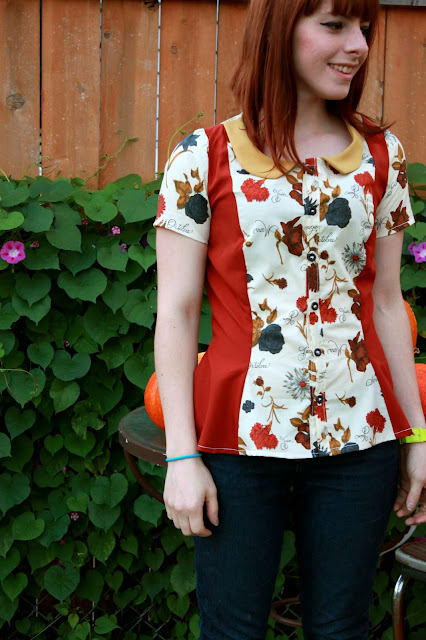 The words on the print are two-way,  I just ended up cutting so much of the front appears upside down but it really isn't. 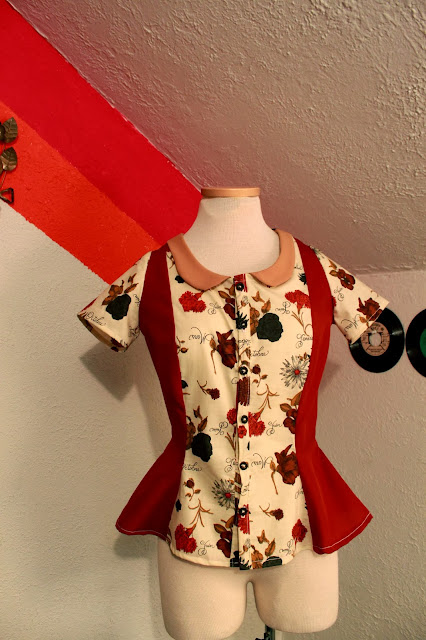 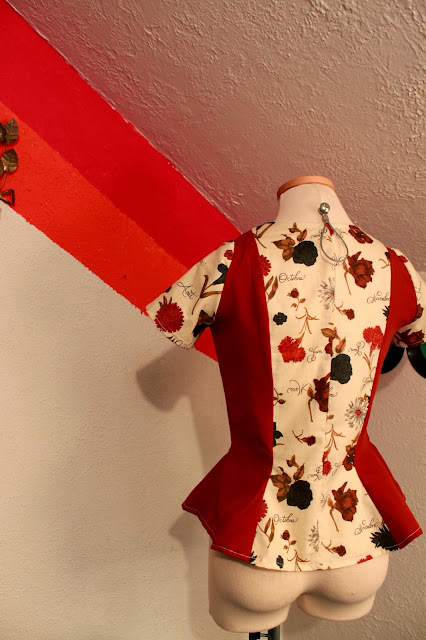 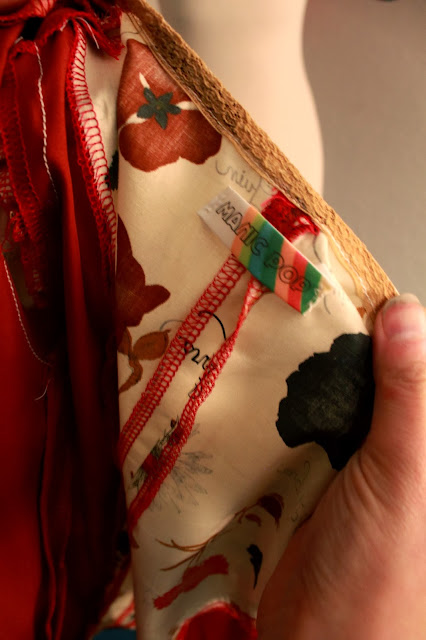 I also did a bias tape-ish lace on the inside in lieu of facings this time.

This one is available at the Etsy shop! One only since it's leftover materials.

Another big reason for my blogging absence is these: 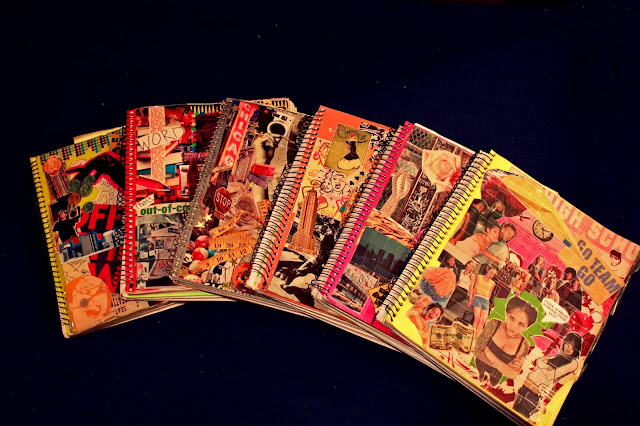 Many people I'm sure don't know, but I was super-neurotic in high school. (Some might argue that I still am, just in different ways.) These are only a few but I have literally about 20 or so GIANT 3-subject notebooks (some of these included) that document every. single. day. of high school for me from 2000-2004.


Yes, you read that right! Every. single. day. And I'm reading through them all at the moment but my mom is sending me a large portion of them since she had them in storage.

Long before I did fashion design, I was a writer - a very archival one. I have full-on dialogues interspersed throughout these notebooks as well as some creative short stories. I was one of about 3 people sent to a creative writing conference at a college in Michigan as a junior in high school. I was set to go into journalism and then the making of my then-boyfriend's Pikachu costume (he was Ash) changed my mind.

Writing was always just something I did - like breathing. It's so cool to delve into these even though they had been sitting on my shelf nearby the sewing room for 4 years. It's written so well, it's like a time warp back into not only my psyche, but events that happened. Things that I don't even remember happening! For one, a senior in one of my classes (who I classified as popular - she played sports, lots of people knew her) asked me if she could dress up as ME for Halloween 2003! She even borrowed some of my clothes to wear! I have no recollection of this, but it obviously happened as my notebooks depict.

I never regarded myself as "popular" in high school, yet everyone knew of me. I was the artsy girl who dressed pseudo-punk but was truly inspired by the kids who listened to Dead Kennedys and Black Flag - not Sum41 or Blink182. I hated Hot Topic and wished it would burn to the ground.

Looking back, (correct me, FHS people if you're reading) I was someone that many people seemingly were mesmerized with (I had a few people tell me this years later), unless that's just my slant on writing those years. I was definitely unique, opinionated, and I totally knew who I was and no one was stopping me.

I was totally a weirdo - a Connecticut more-or-less "city girl" who moved to a town of 1000 people, (900 kids in the school from surrounding areas) and I didn't want to be there even though I had a 3.7 GPA. The culture was so entirely different than that I was used to. There were 2 black kids in the entire school, one Latino. I figured that people were going to think I was weird no matter what, so I went full throttle with it and had fun being extra-weird. However, that got me to be kinda well-known and soon my audience was the entire high school. Thanks to my then-boyfriend Ben who helped make high school one big performance art piece and to the dudes I always sat with at lunch who never failed to make me laugh.


The covers themselves are works of art as I did collages on all of them: 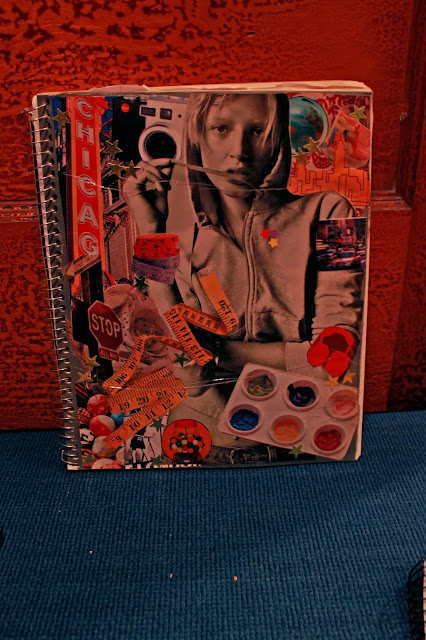 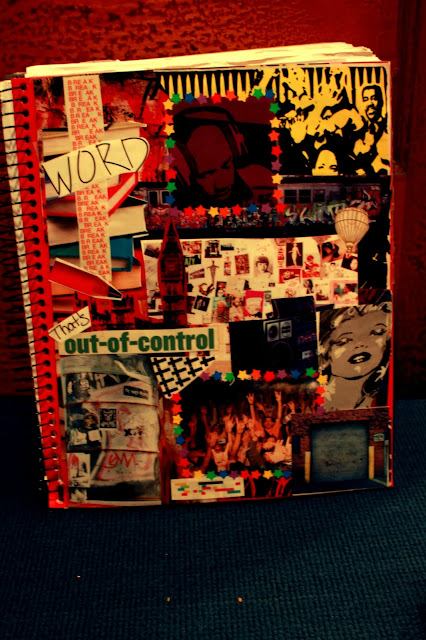 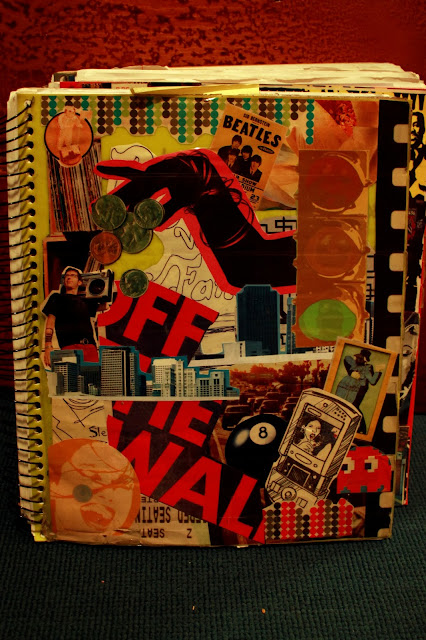 I still do write, but not every day. If I'm lucky, I will fill up a nice hardcover 120 sheet "fashion journal" in a year, but obviously I am writing and documenting a lot here. Not that I think my life is all that interesting - it's not. I just like to have things written for my own entertainment.

Remember, 2000-2004 was long before blogging was a thing and LiveJournal was still very young. I do remember having OpenDiary, but I much preferred to write as I realized I couldn't trust the internet to save my thoughts forever, much less remember my password into such sites 10 years down the road.

So with that said, I'll be working on things just much slower than this past summer as I am experimenting. I still do have a full-time job and many other things I want to do besides sewing and blogging but I will share odd projects if they arise. Soon I also may be doing an art piece for an album insert for a dear friend which is exciting!