November 28, 2012
So I was excited to get to spend this past Thanksgiving out in Michigan to visit my step-dad Jerry! We drove out on Tuesday and ended up having Thanksgiving on Wednesday because both me and Max unfortunately had to work Black Friday. This is the place I grew up in since I was 11 after moving from Connecticut - surrounded by the woods. 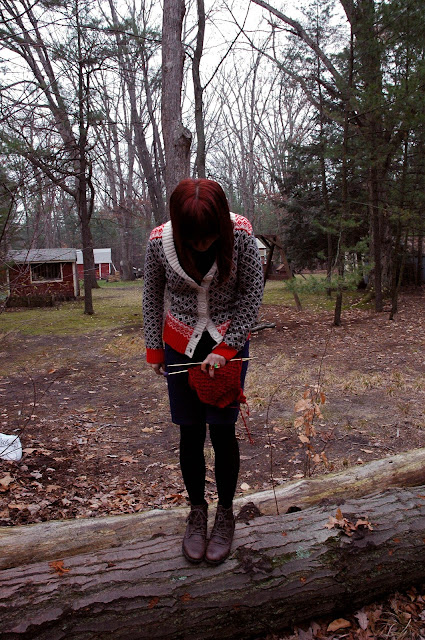 This is also the same town we went to earlier this year for Memorial Day for the big town parade. 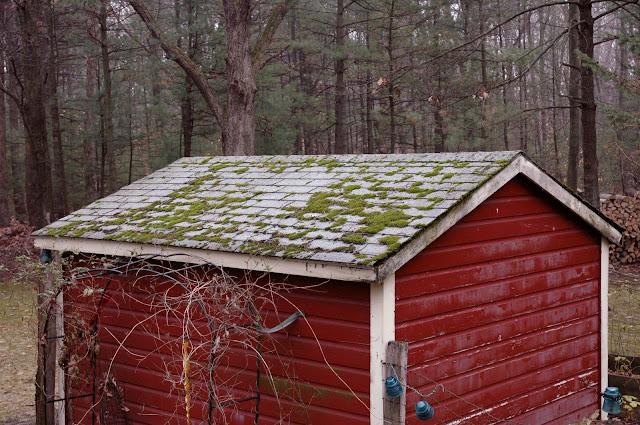 Here's the chicken coop again where we actually used to keep chickens! The fencing is long gone around it and it's more of a scenic thing with a garden around it. 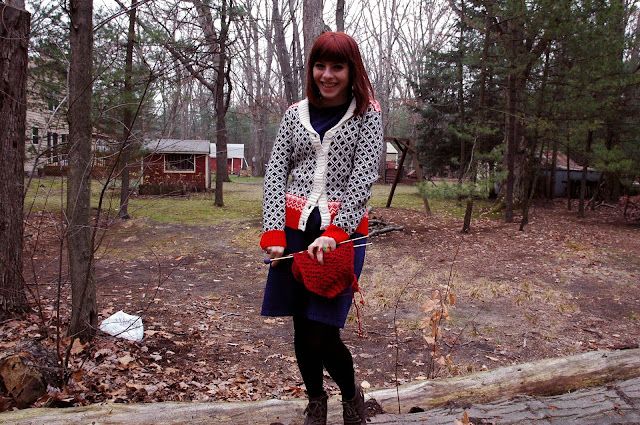 Of course, I had to go outside with my knitting even though it was just a little too cold. Definitely wasn't a normal November/Thanksgiving day sort of weather. But it was nice enough to be fine in this heavy cardigan. I got it long ago from Urban Outfitters on wayyy sale for about $10. Only recently have I been pairing it with things. 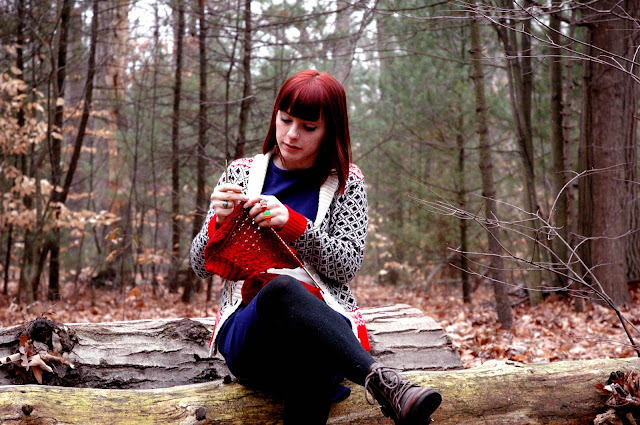 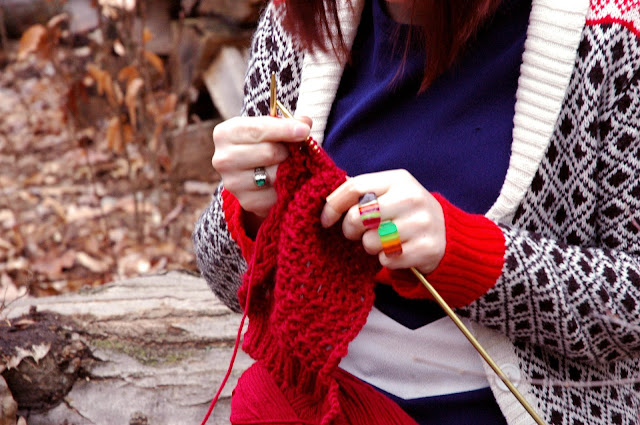 I normally don't do the same project in a row, but this is the same knitted hood pattern which I'm making for my sister who now lives in Utah. She liked mine so much, she asked for one in this color... and with wooden buttons! 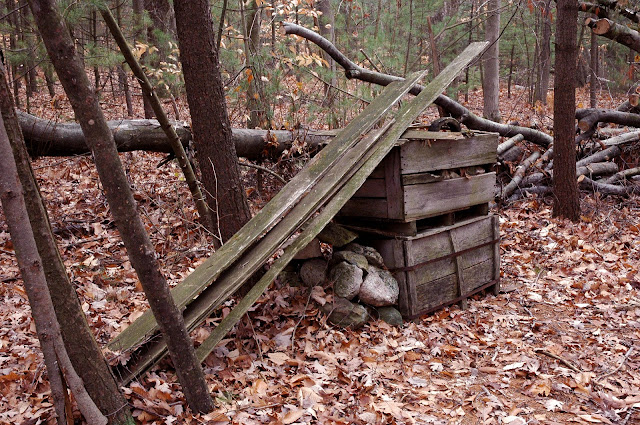 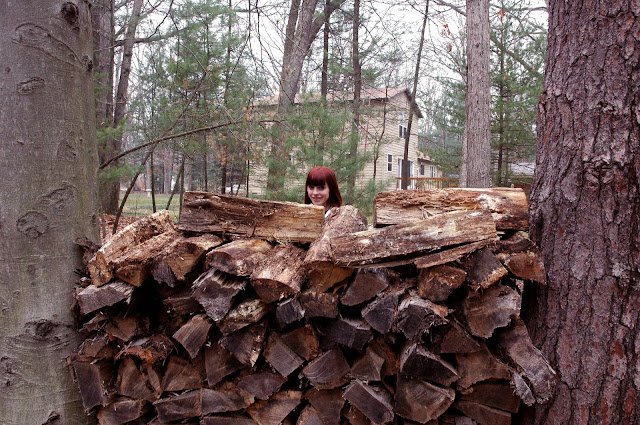 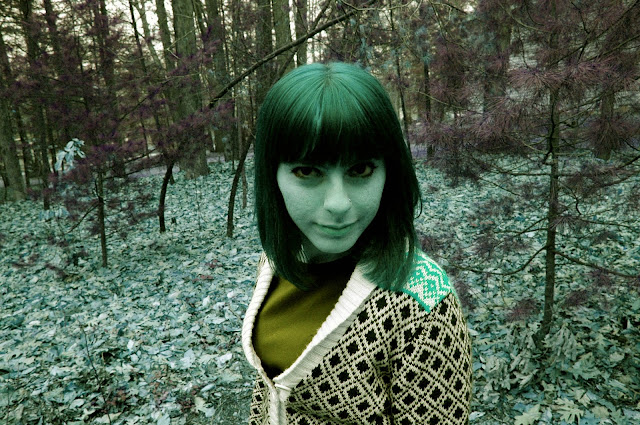 And what would a set of woods photos be without a psychedelic woods photo? Don't eat any strange mushrooms in the woods, kids! 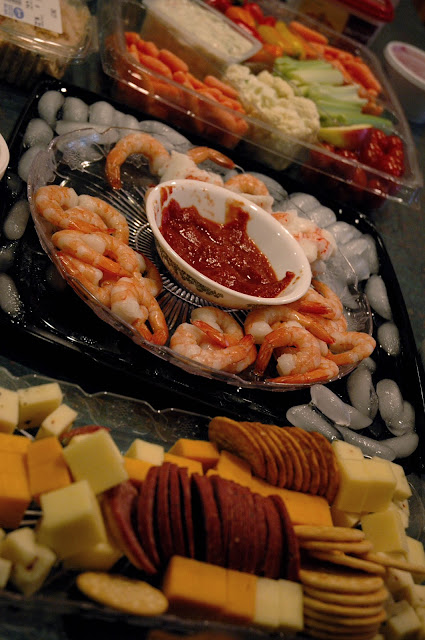 How could I forget some of the food we ate?! This is just the appetizers. 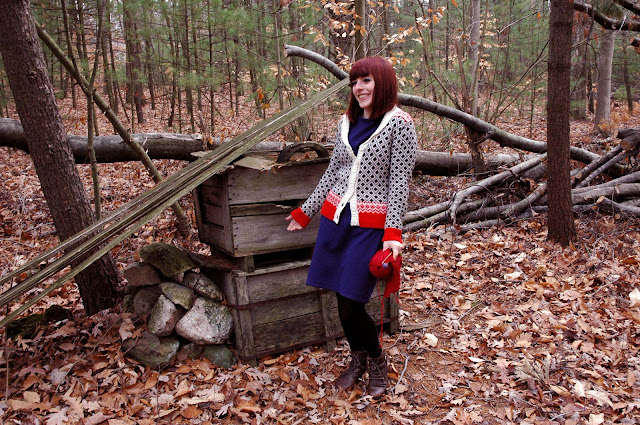 Unfortunately, I didn't get any photos of Max until the day we were leaving (we were only there for a day and a half, literally) and his camera is pretty complicated to me, so a couple of Instagram photos will have to do. 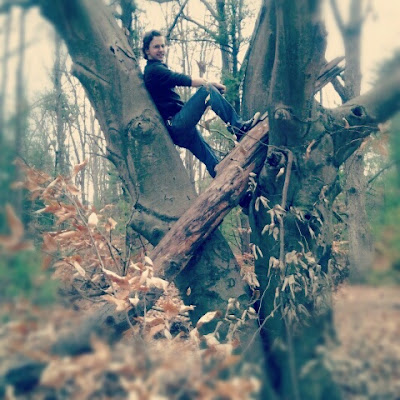 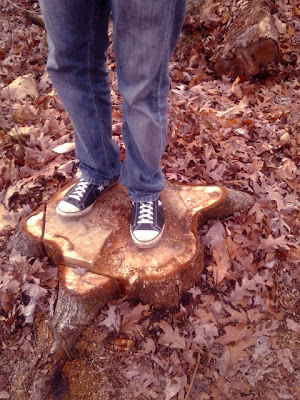 And below are 2 Holga photos (yes, before Instagram) of what I looked like last time I was in Michigan for Thanksgiving in 2010. My sister is to the right on this photo - an accidental overlapping on that film roll which looks awesome. 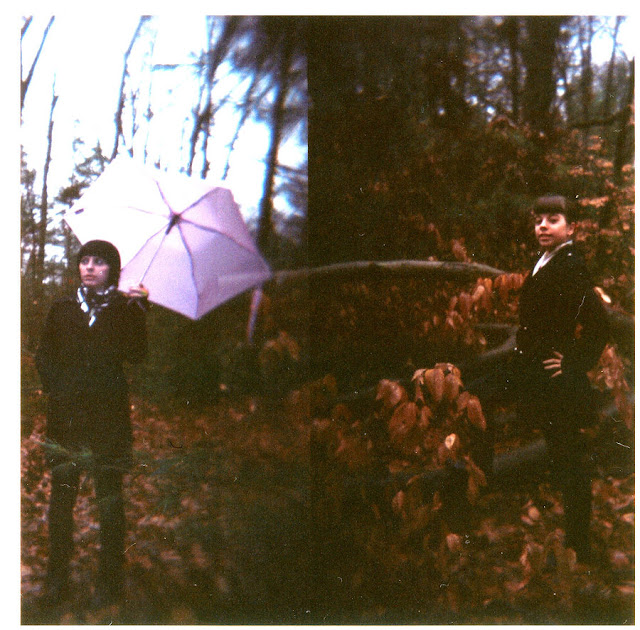 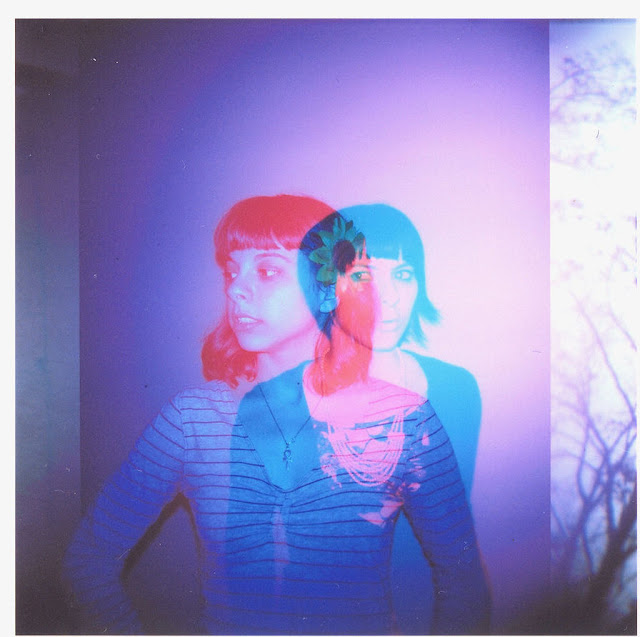 Double exposure of us.

Hope everyone had a nice Thanksgiving!