After a long hiatus, I am back!

Now that the weather is nicer I have been taking more adventures and taking lots more photos.  (Arthur is still kicking, by the way. Brian always jokes that he's "the only cat that's ever learned to live with cancer". But he's not pretty anymore and sort of smelly. He's still in quite active condition and having fun though.)

For those of you just being introduced to Frank Lloyd Wright, he was an American architect who also did interior design as well as a lot of the stained glass work you see inside his houses and buildings. Frank Lloyd Wright designed around 400 structures including his most famous, Fallingwater which I have seen on a television program some years ago. Wright is known for incorporating organic elements in his architecture such as a waterfall and live trees growing through houses, such as the one we saw last week. He's also heavily influenced by Japanese architecture and also built Prairie style houses, meant to compliment Illinois' landscape

Around 50 of his houses and structures are in Oak Park and Chicago alone - so many of the buildings we saw walking around nearby the home and studio were indeed Frank Lloyd Wright structures. I think my favorite thing about Frank Lloyd Wright might be his stained glass/geometric patterns and shapes which remind me of prismatic design work I do as they incorporate many of the same elements of shape, symmetry, and abstract design.

Of course my camera battery on my point and shoot was dead so I have only cell phone photos and the few Holga photos I took while inside. 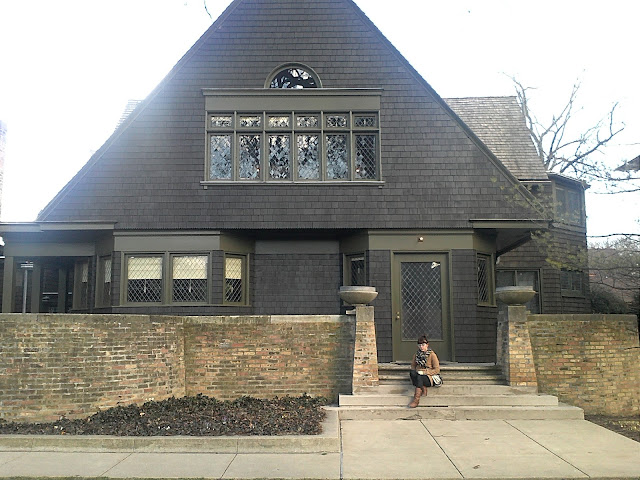 Me outside in front of the house. 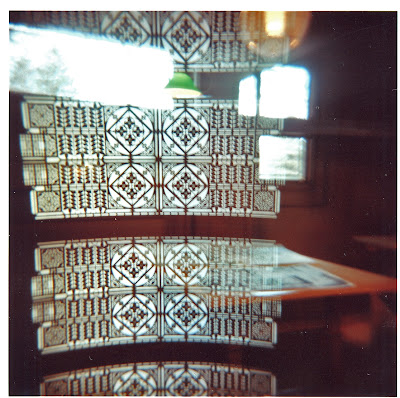 Holga double exposure of the studio and skylight above. 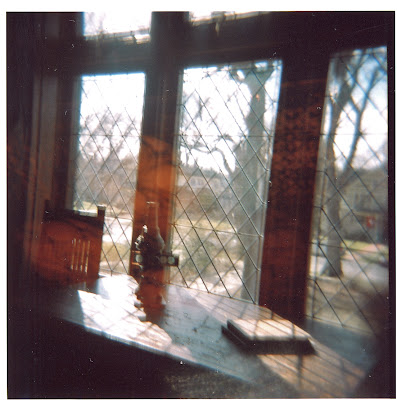 View from an upstairs window at the Frank Lloyd Wright house. 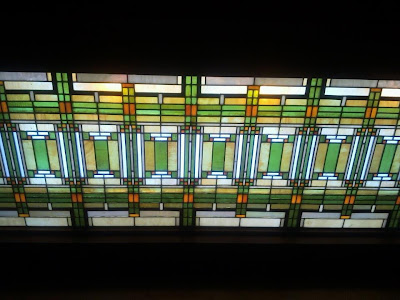 Stained glass above at the studio. This is actually a photo from my cell phone which is surprisingly decent.

Also on that roll of Holga photos I got back today are a few more fun images. Some were taken likely last fall and I had forgotten about it until last week when I finished the roll. (It's always like opening a gift when you get Holga photos back because you usually forget what you took.) Many of them have a ghostly quality until I realized today that I had somehow left it on the bulb setting which is ideal for night time, long exposures. Whoops. Not so bad anyway! 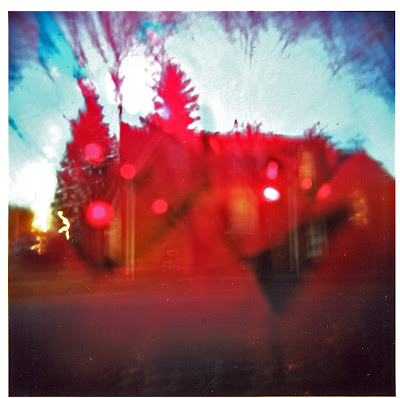 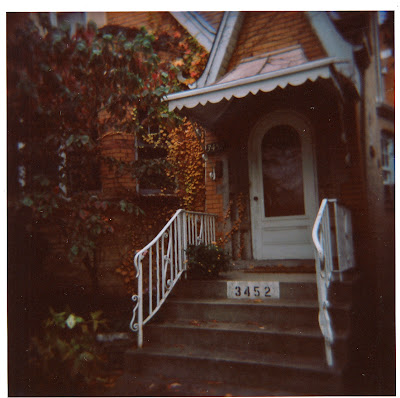 This house I always joke is the house I want to own. I think it's abandoned but it's a beautiful little house right across from a park. It looks like it would be at home in the woods somewhere in a secluded area. 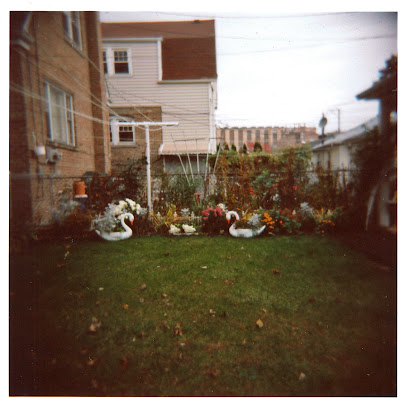 The backyard of this house always reminds me of my old one growing up in Connecticut. 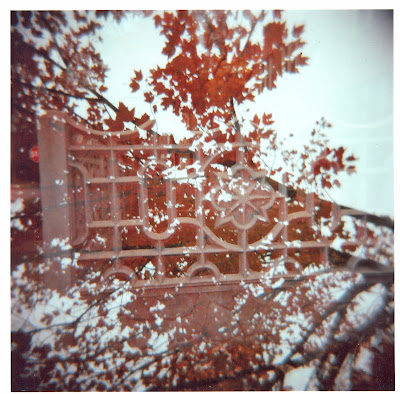 A fun double exposure of a weird concrete fence and some trees. 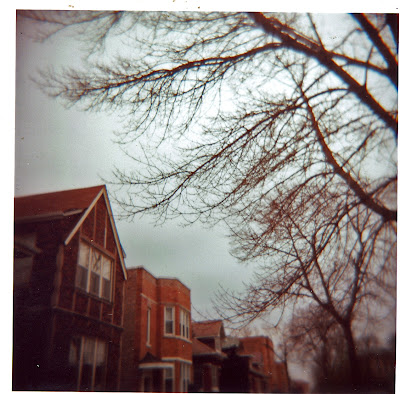 More of the neighborhood.

I do have some outfit photos from wandering around with Brian today, but I will likely save that for another post. (I also scooped up a copy of Good Housekeeping's New Complete Book of Needlecraft from the early 70s at a thrift store with knitting patterns, sewing patterns, tips and tricks for crafts galore!)